What Now That the ‘Right’ Guy Has Won? Keep On Keeping On.

Stayed up all night to watch the well paid established actors and accepted heroes, the talking heads and well educated non zeroes drop their delicate plastic jaws to the floor recently polished by a man with no name who went home to his mediocre house in his mediocre neighborhood to see if his girlfriend decided to stay. He probably voted for Mr. Trump but didn’t tell them.

Sure it felt good to see well dressed blood spilt. For a moment I rejoiced that maybe the tide would turn regarding abortion, assisted suicide, and the legal monstrosity that is itching to squish our freedom of religion, conscience and speech. Lord, have mercy.

I felt good for a moment.

The next morning I got into my 4 year old Honda civic to attend the funeral of a young man who blew his brains out a week ago. His girlfriend dumped him. Boys act violently and suddenly. What would I say? What can you say? Backing out of the driveway I waved to the widow who lives next door and will be moving to a lonely assisted living home. For some reason I cried listening to Chance the Rapper sing about being blessed and that ole devil reminded me of how little I love, how little I give, and how I stood in silence that one day when no one was looking and watched a man starving on sidewalk.

“Sophocles long ago
Heard it on the Aegean, and it brought
Into his mind the turbid ebb and flow
Of human misery; we
Find also in the sound a thought,
Hearing it by this distant northern sea.” [2] 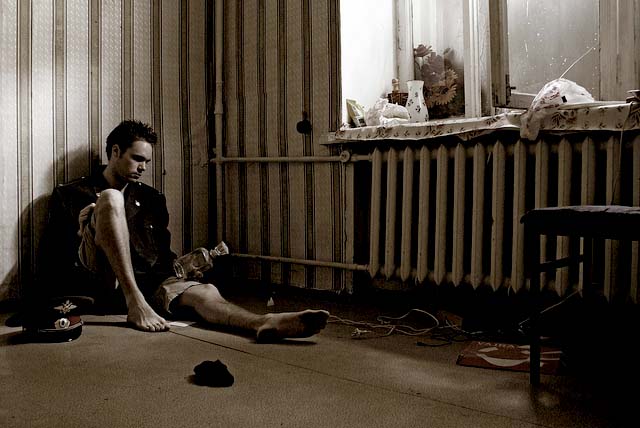 “I don’t make songs for free, I make them for freedom
I don’t believe in kings, I believe in the Kingdom” [3]

The Enemy of the evil one is not Trump or Clinton, but Jesus. No doctor can cure death like Him. And no legal wrangling can justify the wrong I have done and left undone like Jesus.

By dying and rising He has conquered sin, death and Satan. The war is over. Jesus wins. Through His Church He campaigns in blue and red states delivering the good news to people who love bad news. His Good News trumps all other news. His Kingdom is moving forward.

Keep on Keeping on.

‘In the clearing stands a boxer
And a fighter by his trade
And he carries the reminders
Of ev’ry glove that laid him down
And cut him till he cried out
In his anger and his shame
“I am leaving, I am leaving”
But the fighter still remains’ [4]