What If You Don’t Feel That Blessed Assurance? 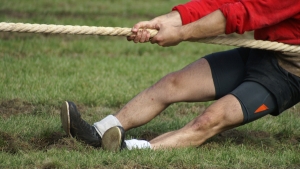 When I was first investigating it, the Lutheran Church was very different from others. The first thing that stood out was the confession of sin in the service. While I now know that certain other Protestants retained that in their liturgies, it is rare, and I had never done this. The confession itself seemed like Gospel to me. I can admit to this and still be part of the congregation! But I was also intrigued about how experience was spoken of so much less. This turned out to be good news, too.

In my upbringing, Christian experience was described in detail. One year, I went to a Vacation Bible School where the lady who ran it wanted to get us all ready for the sinner’s prayer at the end. She described the difference between Christians and non-Christians at length. Among other things, I remember being told that non-Christians had “bad thoughts.” After hearing this, I pictured a traffic accident in my head. This was not supposed to happen. I must not be a Christian. I had prayed the prayer before, but it didn’t take. This time it would. When the lady took us through the prayer, we all prayed. I decided I was now born again. Though her promises of what would happen didn’t happen for me. And all the kids on the street were still brats.

Things got a bit better when later teaching, by other people, was more focused on the promises of God. I think many evangelicals have had backgrounds like mine. Where some people were off the mark in their teaching, and others much closer to the mark, focusing on better things. But even when this was true, there was not enough antithesis going on to make it all better.

How did this sort out? Along with focus on the promises, there was also all this talk about how, “You can know” you are saved. It was supposedly simple. If you are trusting in those promises you are saved. But could you feel your trust? Many radiantly happy people assured me you could. Sometimes I myself felt radiantly happy after hearing about the promises and thought, “There it is.” But other times I had doubts. Especially on turbulent airline flights. I was back to praying the prayer to make sure it had taken. Why was it like this?

Because there was still a focus on my internal state. Much less so from the good teachers. Perhaps not at all from the best of them. But because they hadn’t directly addressed past teaching, the good teaching was not allowed to rule without being challenged by the old teaching.

I later discovered the history of Revivalism, and how much of this developed over time. The Reformed tradition had had more focus on inner experience than the Lutheran from the early days, even if at first the difference seemed mild. Then the revivals hit America and potential church members had to offer an account of their coming to faith. As Jonathan Edwards noted, these accounts varied quite a bit at the beginning, but as people heard each other describe their experiences, they started to repeat the words others had used. I don’t bring this up to question the genuineness of anyone’s conversion. But I would like at this point to note something. A new focus on experience entered the church at this point, and what did it do? It made it so everyone had the same experience. If you think about it, this tended to make people LESS open to differing experience, not more.

When I was a call screener at the White Horse Inn, I remember talking to one woman who was describing what she called an experience of grace. Of getting what she didn’t deserve. It was a nice illustration of grace to be sure. She was being rebellious, and did something that would naturally have led to her death, but she was spared. I told her that I valued experience, but was more interested in trust in the promises. And I took her to Ephesians 2:8-9. She seemed illuminated at that point. And was quite excited. Now, I’ll never know whether she had really been a solid Christian even before this and just needed some direction to speak more solidly, or if this was a new experience for her. And I don’t care. That isn’t the point. The point is that the promises are good. 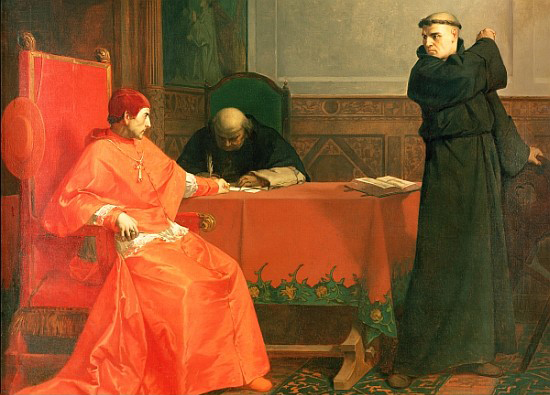 When I was first approaching Lutheranism, I was a wreck with regard to assurance. I hoped that it would finally quell my doubts. I wish I could say it did. I will say I was much less of a wreck after than before. But I found out something about myself. I am an anxious person by nature. I would be under any system of belief. No amount of good theology changes it, even if good theology helps and bad theology makes things worse. Reading of Luther, it was the same for him. His Tower Experience gave him an unusual amount of confidence in God. But he still struggled. (Roland Bainton wrote an amazing article on this titled “Luther’s Struggle for Faith.”) Part of what is different, though, is that I don’t have the added fear that if I have low assurance at the end, it will all go to smash. Lutheran teaching has me expecting something different. If I were on an airplane that was headed for a crash, God could keep his promises to me even if in my panic I went out yelling, “No! Not now!” rather than feeling equanimity in my assurance of salvation. And he can do the same for you.

I write this especially to the evangelical who has already gained something from hearing Lutheran teaching. What is wrong now is not that he or she doesn’t trust the promises. (The individual might have genuinely done so at Calvary Chapel, even though they were convinced they hadn’t.) They need to let go of their focus on experience. Not because there is no Christian experience, but because it varies so much. And it is no sure guide to the reality of their faith. God has saved you. That sense of assurance that you wish to have might be an on and off thing, and not something you have all the time whatever the circumstances. You might even be despondent your whole life, feeling a sense of doom, and end up in heaven, never having enjoyed the good feelings so many have promised you. (On a side note, a psychiatrist might be your friend here. You don’t need better theology. You need good meds!) It matters not to your standing with God.

I challenge you to picture something nobody has probably ever invited you to picture. Imagine you are in a state three times as messed up as you are in now. Old besetting sins are getting the better of you, along with a couple of new ones. You are driving down the road. A car jumps the center divider and heads toward you. In slow motion, you see things unfold and know it’s the end. “No!” you scream, convinced you are headed toward flames. Things go black. A knock is heard on your coffin. Jesus has come to take you to heaven. “But I had no assurance!” you protest. “I felt God-forsaken when I died so that you wouldn’t be,” He answers. “Welcome home.”