What Does It Mean To Worship The God of Failures? 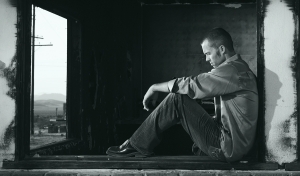 God made Adam and Eve in His perfect, holy image; He placed them in Eden to live in His rest, peace, and goodness; and He gave them His Word. And they failed to keep it.

God chose Abraham to be the father of many nations; God made a covenant with him all while he was asleep; and He formed life in Sarah’s barren womb. And yet, Sarah laughed and Abraham gave his wife to Pharaoh. They failed to believe God’s Word.

God made David the king of Israel; he promised David a king who would reign on his throne and house forever; God richly provided David with earthly possessions beyond imagination. But David wanted what he couldn’t have. Bathsheba. David failed to keep God’s Word.

Moses failed to enter the promised land. Samson was seduced by Delilah. Jonah the prophet ran away. Elijah hid in a cave whining. In many ways, the story of God’s people in the Old Tesstament is the story of one failure after another.

The New Testament is no different. The disciples repeatedly misunderstand Jesus’ teaching. Peter couldn’t walk on water, tried to tell Jesus to avoid the cross, and denied Him three times. James and John want to call down thunder from heaven. Paul even boasts in his weakness. Page after page, the story of the God’s people in the New Testament is also the story of one failure after another.

It reminds me of the conclusion to J.R.R. Tolkien’s The Lord of the Rings. Frodo and Samwise passed through the Dead Marshes into the land of shadows, traversed the stairs of Cirith Ungol, survived and fought Shelob the giant spider; they hid from orcs, goblins, the foul Ringwraiths, and finally their journey from the Shire to the cracks of Mt. Doom had ended. Around Frodo’s neck hung all the evil in the world and the hopes of Middle-earth. And what did Frodo do?

Perhaps you know this feeling: failure. There are plenty of days—and if we’re honest, most days—where we find ourselves in good company with these misshapen saints of Holy Scripture. We fail in our callings as husband or wife, as father or mother, in the home, the workplace, and at church. We confess that we have sinned in thought, word, and deed. Like the saints of the Old and New Testament, like Frodo, we have failed, time and time again.

But here’s the unexpected, joyous turn of events, what Tolkien called the eucatastrophe. 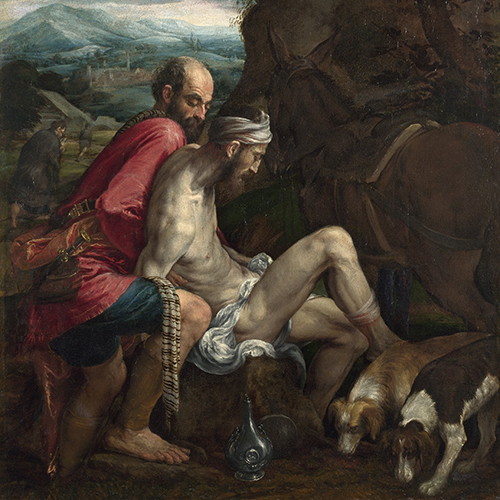 God does not require us to be spiritual Stepford Wives to receive His mercy. Jesus came to seek and to save the lost. God shows His love for us in this, that while we were still sinners, Christ died for us. Christ died for the ungodly. Jesus has made every failure of ours His own, and gives you His perfect life and death in exchange. Jesus did not become man to be your spiritual guru or a personal trainer in righteousness. Jesus became man to live for you, suffer for you, bleed for you, die for you; yes, even to fail for you. As Dr. Rosenbladt is fond of saying, “Christ died for sinners and we qualify.”

God is the God of losers, outcasts, broken sinners, and failures. God is the God of misshapen saints, whom He finds broken, beaten down, and left for dead. And then, like the good Samaritan, Jesus binds our wounds, puts us on His back, gives us shelter, and charges everything to His account.

God is the God of failures, for He himself became one for you. There is no failure of ours that is bigger than Jesus’ cross. There is no sin of ours that can overshadow the cross. God’s mercy in Christ covers the multitude of our failures, brokenness, and sin.

In the end, it was mercy that saved Frodo, Samwise, and all Middle-earth. Bilbo Baggins had the chance to kill Gollum and held back his blade. So did Frodo. But he too, stayed his sword out of pity, out of mercy.