We Are Beggars, This Is True

As I walked down the narrow cobblestone street in the Czech Republic, I almost tripped over him. There he was on his hands and knees, his face low to the ground, hands outstretched with an old and dirty Starbucks cup. No eye contact, no pride, just total broken subservient begging.

This isn’t the way that it happens in the States. In the States, you will frequently run into this type of scenario: some guy walks up to you, looks into your eye and with a looming threat says something like, “I haven’t eaten for two days, do you have a couple of bucks, so I can get something?” Then when you go into the store and bring him some chicken, he cusses at you because he wanted the cash, not food. But in the Czech Republic, there is shame instead of pride (act or not).

When I saw the beggars, I was reminded of what they found in Martin Luther’s pocket after he died, it was a scrap of paper that simply read, “We are beggars, this is true.”

Before Almighty God, the One who made all things seen and unseen, Who sees and knows the sins of your actions and of your heart, there is nothing of value that you or I could ever bring before Him that would merit His charity and mercy. We are the stiff-necked jerk who thinks that we could dare to look God in the eye and say, “gimme something, or else.”

We all have those sins of our youth, or maybe even those that we are currently engaged in on a regular basis. You know what they are, those sins that you hope will never be found out or be brought back to light, ever! You know, the things that would destroy you, or have destroyed you, the ones that you want to leave in the past, once and for all, yeah, those sins.

Those who begin to know even a fraction of their sin know what the proper posture is that we should take before the one true God. Without even a filthy paper cup that we fished out of the trash, we are empty-handed and laid low. When met eye to eye by our sin, with those nasty things that we don’t acknowledge or talk about, we are broken, humiliated, humbled and with terror, we beg for mercy, empty-handed beggars all.

God in His mercy is a God for beggars. He sent His Son, the King of Kings and the Lord of Lords into our meager, beggarly existence. He laid aside His glory and His might to become a beggar who didn’t even have a pillow for His head. He descended into our poverty when He submitted Himself to be baptized in the filthy waters of our sin and emerged for us breaking the bonds of sin and death. 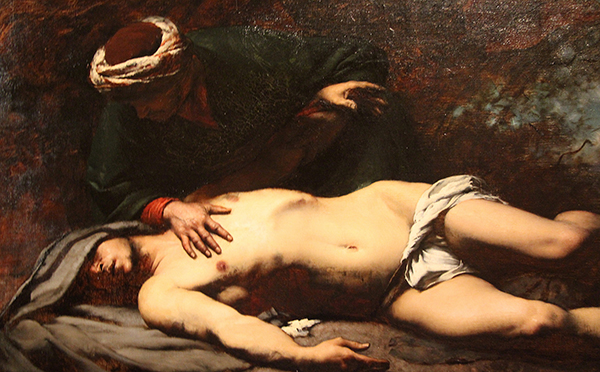 Christ isn’t interested in keeping you in the gutter, but instead, Christ clothes you in His perfect righteousness through the baptismal washing of regeneration and in faith. He credits the riches of His eternal kingdom to your empty hands and frees you to be generous with His wealth, which He freely entrusts into your care. And most importantly He forgives you and raises you new in His death and resurrection.

It is an amazing thing to serve as a missionary in a foreign environment. We see things that we would never see in the USA, but also in them, we see opportunities for the proclamation of the Gospel of Jesus Christ. We hear of the grace of Christ in new ways from converts from Islam. We engage a society that has been religiously raped by decades of Communistic Atheism and secular rationalism. In the face of all of this and more, we know and see that God’s Word, Jesus Christ and His extravagant, outrageous free gift of grace prevails in all things.