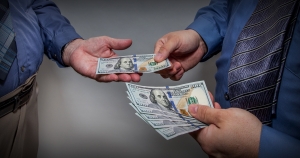 No newfangled truth here. Way back in Aristotle’s day he observed that “by doing righteous things we become righteous.” And, “Anything that we have to learn to do we learn by the actual doing of it.” Such good things don’t just fall into our laps. We have to do them. And in the doing of them, they become ours.

Christianity is no different. We become good Christians by doing good Christian things. Righteous by practicing righteousness. Followers of Jesus by following Him. The more we put into Christianity, the more we get out of it. This is common sense.

Actually, it may be common sense, but it’s not Christianity. It’s a highly popular imitation we might call Unchristianity.

The Tit-for-Tat God of Unchristianity

Most of our lives work like an if/then transaction. If I drive my truck for 8 hours, then I get paid for 8 hours, not 12. If I spend every night getting drunk at the bar, then I’m not going to win Husband of the Year. If I feed my face every morning with cinnamon rolls while sitting on the couch watching Good Morning America, then I’m not going to shed pounds like the guy sweating on a treadmill.

This is simple, common sense. I get out of life what I put into it.

Where we get it all wrong is when we assume that things work the same way with God. That Jesus is an if/then, transactional Lord. That we have a give-and-get, tit-for-tat Father.

A transactional understanding of God is the great heresy of Unchristianity. It follows a simple creed: If we do this, then God will do that. If we work hard for Him, then He will work hard for us. If we give Him a little of ourselves, then He will give us a little of Himself. God helps those who helps themselves, makes righteous those who work toward righteousness, blesses those who make themselves worthy of a blessing.

Far from being a Savior, the god of Unchristianity is a coach who whips us into moral shape, inspires us to be better people, serves as our example. If we get good enough, then we don’t really need Jesus anymore. We’ve put Him out of a job. That’s the unspoken goal of Unchristianity: to be so virtuous, so godfearing, so free of sin, that we don’t need Jesus anymore. The transaction is complete.

Earning Something or Falling in Love?

The fundamental flaw in transactionalism is this: we’re too late. Way before there was even an “if,” ages before we could even attempt to bargain with God, He had already wrapped everything up. From all eternity, we were the apple of His eye. The Lamb of God, Who takes away the sin of the world—including our own sin-smeared “goodness”—was slain from the foundation of the world. Divine love, forgiveness, righteousness, the whole shebang is a done deal in Jesus.

Far from us putting Christ out of His job as savior, He’s put us out of a job as grace-earners. There’s no if/then: if we do this, then God will do that. There’s only because/therefore: because Jesus has done this, therefore we are righteous. 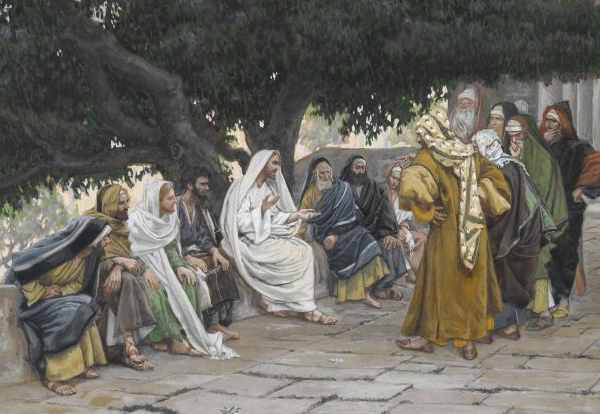 It’s a gift that falls into ours laps by faith. “He is not righteous who works much, but he who, without work, believes much in Christ,” as Luther writes. There is no transaction with Jesus. We don’t give in order to get. He simply gives, gives us everything, and we receive everything by faith.

Or, as Gerhard Forde writes, “The righteousness that avails before God is a being claimed by the crucified and resurrected Christ. It is not like accomplishing something but like dying and coming to life. It is not like earning something but more like falling in love. It is not the attainment of a long-sought goal, the arrival at the end of a process, but the beginning of something absolutely new, something never before heard of or entertained,” (On Being a Theologian of the Cross, 105-106).

And there, fallen in Him, reveling in divine mercy, we stay. We can’t get better than we already are in Jesus. We can’t increase our holiness outside the holiness we have in Him. All our growth is simply growth in Him. Just as we can’t outgrow our own bodies, so we can’t outgrow the body of Jesus into which we are baptized.

The scandal of Christianity is also its beauty: that everything is already finished. We lace up our shoes, put on our moral workout gear, and head to the virtue gym, but when we push open the door, the place has been transformed into a huge party. Instead of dumbbells, there’s cake. Instead of protein drinks, there’s champagne. WE glance in the mirror and hardly recognize ourselves because we’ve been redressed in the clothes of the kingdom. We came here thinking we had to be better and find that Christ has already been more than good enough for us.

So live it up. Eat, drink, party, bust a move on the dance floor of grace!

Life in Jesus means life free of if/thens and joy in the because/therefore of a God whose only transaction was taking away all our sin and replacing it with all His love.