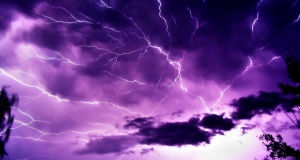 On a recent Sunday in my congregation, it was The End Of The World as we know it (REM).  Well, okay, it wasn’t the actual end of time, nor did Jesus return bodily. But, we did have a glimpse into the last day for a young boy who was baptized. We actually heard the final verdict of his life spoken over him before he had really done anything of note. God called out, from the day of judgment in the future, because of the cross in the past, in the present waters of baptism, “Not guilty!” The Lord Jesus took the boy as His own and promised him salvation and eternal life. The end was promised to that baby boy in the present!

I remember being in college and living in fear of the end of the world. I was always terrified of what would happen if Jesus came back before I had overcome all my sins. What if he returned and caught me in a bad moment on the Internet? What if I was using the old bird to address my concerns about his poor driving to a gentleman who just cut me off on the freeway when all of a sudden: BOOM, the Lord began to descend? What if I just hadn’t repented enough? Or prayed enough? Or really, really given my whole heart to Jesus?  What if I just wasn’t ready?

This was in the late ‘90’s when the Left Behind hoopla had reached a fevered pitch. I was working at a Christian bookstore in Orange County, California, where people were buying fiction and non-fiction prophecy books (Or, were they all fiction? Ok, sorry, cheap shot.), prophecy study bibles, and end times charts so that they were fully prepared for the Lord’s return. What did I expect working in the long shadow of Chuck Smith? But, this was nothing. People were buying plots of land near the Mount of Olives to see Jesus usher in the new millennium. He was going to drop at midnight, January 1st , 2000 like that ball in Time’s Square and these faithful few were going to have front row seats! Everyone wanted to be ready for Jesus’ return.

Everyone wanted to know the future, or at least have a good idea of when it was coming, so they could be ready. Much of this preparation, however, was done out of fear and a desire for control. Like me, people were worried that Jesus would return and catch them napping, like the ill-prepared bridesmaids in Jesus parable (Matthew 25:1-13). A truly legitimate concern. That’s why Jesus gives the warning. So, we all busied ourselves with end-times preparations so that Jesus would be proud of what He saw when He came to judge the living and the dead. We all wanted to know times and dates so we would know when we needed to clean up our act and start looking good for the arrival of the Bridegroom. We were worried we were too sinful and needed to clean ourselves up before we could be acceptable to Him. And, we needed to know when to start doing it!

It was a terrifying and hopeless place to be. Until I was told the good news: I would be sinning when Jesus returned. 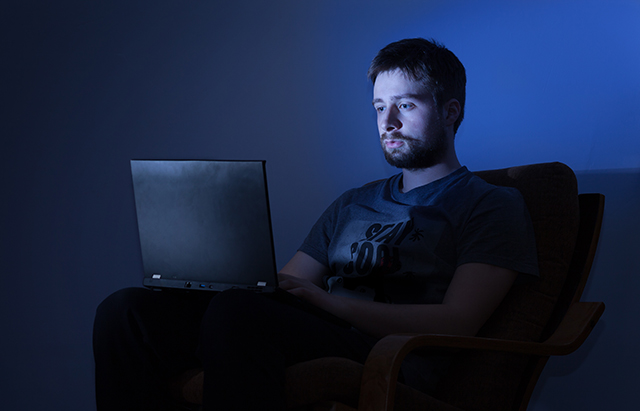 Now, on the surface, this is not good news. To say that I would be sinning ever is not Gospel. It is the damning reality of my sinful life. But, our preacher did not stop with that announcement. The full quote was something like this (this is not exact, it was nearly 20 years ago, after all):

“Everyone is worried that they will be sinning when Jesus returns. We’ll, I’ve news for you. You will be sinning when Jesus returns because you are sinners. But take heart, because it is not as though you could have cleaned yourself up enough for Him anyway. That’s not your job. He already did that for you when He died on the cross. That sin will not keep you out. It is His forgiveness and grace that will get you in! Even that sin is covered by the blood!”

It was like I heard angels singing! It was like I could suddenly breathe! The whole time I had been hoping in my own self-cleansing to prepare me for that day. But, it was never my effort that would save me in the first place, nor in the last place for that matter. It was always and only the grace of God in Jesus Christ that was going to save a sinner like me. His righteousness was enough to be my righteousness on that day (and yours too!). My trust had been sinfully placed in my preparations when this whole time Jesus had been promising that He had prepared a place for me. The problem with the bridesmaids in Jesus’ parable was not that they weren’t morally fit, it was that they weren’t trusting the promise that the bridegroom would return!

See, I had forgotten my baptism. I had forgotten the Lord Jesus had already promised me the verdict on the final day. He had already put my sinful self to death and already raised me to a new life. I was already in Christ, the true Book of Life, where my name was written by grace alone in His blood alone. As Luther says so wonderfully in the Large Catechism, “And if I have been baptized, I have the promise that I shall be saved and have eternal life, in body and soul.” I didn’t need to fear the future, for the future had been promised to me.

That baby boy received the same confidence this past Sunday in our church. And, this is yours, too, you know. You need not fear the future. Look to the baptismal font. Jesus has prepared you with His blood in that water! There is now no condemnation for you who are in Christ Jesus. Nor will there be when He returns! And that is truly the end of the world as we know it!