The Naked How and the Fleshy Why 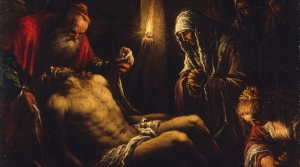 Jesus is God’s Word in the flesh. He’s completely God and man at the same time. Or, to quote Martin Luther, who said it best: “There is no other God than this man, Jesus Christ.”

The whole Bible, all sixty-six books, every text assembled and passed down for over fifteen hundred years, explains this one central truth of the Christian faith. Simply put, the Scriptures explain why God’s Word does what He does for us. But, try and parse “how” God can be flesh and blood, “how” God can die and be raised from death for us, and “how” ungodly sinners can actually enjoy God’s righteousness because Jesus was “made to be sin,” and we get into trouble real quick… but we do it anyway.

Over and over, generation after generation, sinners repeat the same mistake. “How is it possible that God can be a man,” we ask. “How do we make sense of this Jesus who speaks and acts as if He’s God?” “How can God’s righteousness possibly be translated so that it’s applied to us?”

In the Early Church, for example, theologians tried to make sense of how Jesus can be God and man at the same time. And each time they went one step past what Scripture has to say about Jesus they created a “plywood theology.” That means, like plywood in the rain, when theologians tried to puzzle out where and when Jesus did God stuff and where and when He did human stuff, they peeled apart divinity from humanity. The result was that they ended up with a Jesus who was either more God than man, or more man than God. Or worse, they ended up with a Jesus that was all God, and not a real man, or who was all man, but not God at all.

One of these arguments that caught on was that Jesus was a good moral teacher. The priest, Arius, who served in Alexandria, popularized this teaching. He and his followers, the “Arians,” taught that Jesus wasn’t God. He was a good man and serves as an example for Christians to live by. Jesus was an adopted son of God and that’s what all Christians should strive for, too—to be adopted by God.

The same kind of teaching pops up today, especially amongst non-Christians. Jesus wasn’t God. That’s impossible, they argue. He was a good man, sure, and a good moral teacher, and a model to follow, but that’s where it ends.

The Monophysites jumped into the ditch opposite the Arians. They argued that Jesus was only God. He appeared to be human, but he wasn’t. Today’s Monophysite is easy to spot for this reason. He likes to say things like, “I’m spiritual, not religious.” “Since God can’t be limited by a body or physical location,” he’ll argue, “I can’t either.”

Then there’s the Donatists. Donatism was a fourth-fifth-century teaching in the African churches that confessed that the sacraments only work based on the moral character of the person administering them. Priests who renounced their faith in the face of persecution, for example, were considered to have never had true faith, and therefore nothing they did while a priest was valid or effective, including God’s Word and sacraments.

We see this often in the modern church, in the way Christians argue in historic versus contemporary categories about faith. If a pastor today departs from the historic traditions of the church in which he serves, for example, he’s unworthy to serve at an altar, and anyone who receives the sacrament eats and drinks judgment, or receives nothing more than plain bread and wine. In short, the sacrament isn’t dependent on God’s Word for it’s effectiveness, but the faith and piety of the one administering it. 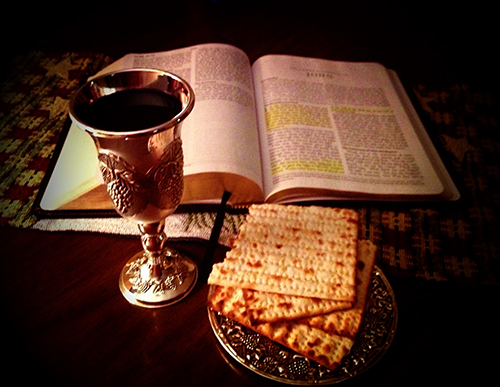 No matter where it happens, whenever we try to separate God’s Word from His body we end up asking “How can this be?” We do it because we take our eyes off God’s Word and look to each other for answers. We look at each other in our nakedness and shame and ask “How can God possibly want to become naked and ashamed like us?” “How can God become sin, who knows no sin?” “How can God come to sinners under plain, ordinary earthly bread and wine?” Instead of asking “Why” we demand to know “How” and that’s when things fall apart. That’s when we’ve given up on God’s Word and our own humanity, because we’ve looked away from Jesus – true God and true man – to ourselves.

Every false teaching about Christianity is ultimately false because it asks “How can this be?” of God’s coming in the flesh. We demand to know how God can justify the ungodly without any worthiness or merit in us. We don’t care why Jesus does what He does for us, unless it elevates us out of our sinful flesh to become gods or better… to become God in God’s place. We all want to be little Jesuses so long as it means we don’t have to be flesh and blood, because flesh and blood wears out and dies.

We get so busy trying to escape our nakedness and shame, we’re so preoccupied with escaping judgment and death, that it offends us when God declares, “I came to you naked and shamefully (by the world’s standards) so I could restore your humanity and cement a right relation with me forevermore. Just don’t look anywhere else for your comfort and certainty than Jesus!” God’s Word locates Himself in a particular person at a particular place, at “various and sundry times,” for ungodly people.

When we ask “How” we’re met with the stony silence of the tomb: “Why do you look for the living amongst the dead? He’s not here. He’s gone ahead of you!” When we ask “Why” the answer is always the same: “Be at peace… my peace I give to you.” “Take and eat, this is my body given for you… take and drink, this is my blood shed for you for the forgiveness of sin.”

Why? Because Jesus is God’s Word in the flesh. He’s completely God and man at the same time, and “There is no other God than this man, Jesus Christ.” In Him, and through Him, and with Him all our “hows” are swallowed up by God’s testimony in Scripture about the “why” of Him, and that’s the best Good News of all.