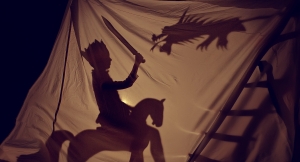 J.R.R. Tolkien was a philologist in the fullest sense of the word. Words were his livelihood, and one of his great loves. When it came to language, Tolkien was a consummate perfectionist, yet he was always able to find joy, satisfaction, and humor in his work with languages. Although Tolkien is most well-known for his use of linguistics in The Hobbit, The Lord of the Rings, and The Silmarillion, the root of his love of words sprouted early in life.

Before his sixteenth birthday Tolkien achieved the First Class (senior class) for his Greek and Latin studies.[1] In his adolescence, he honed his skills by learning his cousin Mary’s private, invented language known as Animalic, and continued to correspond with her for some time.[2] Before long, Tolkien’s aptitude for language morphed from hobby to a career in Anglo-Saxon linguistics and literature. Tolkien even worked on the “W” section of the Oxford English Dictionary, contributing to the etymology of entries such as “warm, water, wick, and winter”.[3]

As the biographer Humphrey Carpenter observes, Tolkien “had been inside language.”[4] Within the world of words, Tolkien found the ability to create, or rather, as he preferred to say, to “sub-create” new words and worlds filled with imagination. And out of the hundreds of thousands of words that form the verbal topography of Middle-earth, one word stands out.

Tolkien coined this word to explain the heart of fairy-stories. The Eucatastrophe, Tolkien writes, is “the sudden happy turn in a story which pierces you with a joy that brings tears (which I argue is the highest function of fairy-stories to produce).”[5]

Eucatastrophe combines two Greek words: ‘eu’ meaning ‘good’ (as in eulogy or euphoria), and ‘katastrophe’ for destruction. According to Tolkien, the eucatastrophe in a story is a good catastrophe; it is the surprise twist or turn you never see coming or least expect.

We see this essential part of fairy-stories in Tolkien’s literary world of Middle-earth when the eagles rescue Bilbo and the company of Dwarfs out of the trees in The Hobbit, or when the eagles deliver Frodo and Samwise from the fires of Mt. Doom in The Lord of the Rings.

We see Tolkien’s eucatastrophe in numerous stories today as well. In The Lion, the Witch, and the Wardrobe, Aslan offers himself as the willing sacrifice for Edmund’s betrayal, and in doing so causes death to work backwards. In Toy Story 3, Woody and his friends are saved from the incinerator by the Pizza Planet aliens. In Beauty and the Beast, the curse is broken by sacrifice and love, which was the “something there that wasn’t there before”. 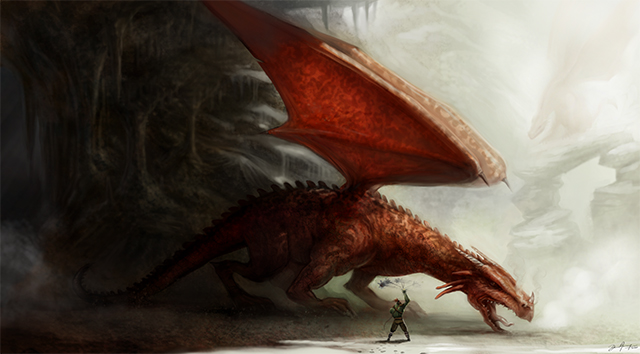 Tolkien’s eucatastrophe is a primary and essential ingredient in a good story. And yet, it is more. The eucatastrophe goes to the very heart of the Gospel itself.

Jesus’ parables, for example, are full of the unexpected, outrageous, never-saw-that-coming moments. The prodigal father loves and seeks to rescue both his lost sons; the man finds a pearl in a field and sells everything to redeem that precious pearl; the laborer shows up at the last hour and yet still receives a day’s wage.

Holy Scripture is one joyous eucatastrophe after another. The Gospel, Tolkien says, is the story of the greatest eucatastrophe, that joyous sudden turn from death to life.

The Gospels contain a fairy story, or a story of a larger kind which embraces all the essence of fairy-stories. They contain many marvels—peculiarly artistic, beautiful, and moving: “mythical” in their perfect, self-contained significance; and among the marvels is the greatest and most complete conceivable eucatastrophe. But this story has entered History and the primary world; the desire and aspiration of sub-creation has been raised to the fulfillment of Creation. The Birth of Christ is the eucatastrophe of Man’s history. The Resurrection is the eucatastrophe of the story of the Incarnation. This story begins and ends in joy. It has pre-eminently the “inner consistency of reality.” There is no tale ever told that men would rather find was true, and none which so many skeptical men have accepted as true on its own merits.[6]

This Easter, rejoice in the Great Eucatastrophe, Jesus’ death and resurrection for you.