The Great Comfort That You Are A Sinner 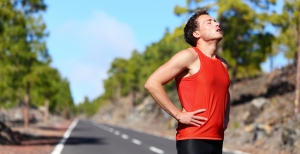 What differentiated Martin Luther from other theologians, even to this day, is that he found great comfort in the knowledge that he was a sinner. For in the knowledge of sin God’s grace overshadowed the sinner. In his Romans lectures Luther flooded his students daily with this insight. As he said on one occasion: “God leaves us thus in sin, in this tinderbox, in self-seeking, so that he may always keep us in fear of him and in humility, in order that we may always keep running to his grace, always in fear of sinning, that is, always praying that he not impute it to us and sin begin to dominate.”

Of course, when God sends a preacher to declare a sinner righteous, it doesn’t stop a sinner from being selfish, self-seeking, and self-centered, even in his Christian piety and devotion. In fact, it is when he is at his most righteous, most spiritual, most pious that God must be gracious. A sinner, curved in on himself, worshipping his own belly button as though it’s the center of the universe, treats sin as one biblical teaching amongst many others. “Sin isn’t such a big deal,” he says, “at least not as important as repentance or faith or good works.”

What Luther and the Reformation got right, and many Lutherans since have tried to tamp down, is that the mystery of salvation begins precisely where and when God brings a sinner to the knowledge of sin and it’s consequences. Salvation starts in being a sinner and knowing it because that’s where God starts salvation, in making “Him to be Sin who knew no sin.”

We want sin on our own terms though. Sin as an accident, a mistake, poor judgment, a bad habit, or a moral lapse. Then all that’s needed from us is to show our heavy heart to God about what we’ve done or left undone, maybe some tears to show we’re really, really sorry, and the promise to do better in the future. A simple transaction that benefits us every time, and leaves wiggle room for greater sins in the future!

But God will have us know sin on His terms. No ignoring reality by us. No more of categorizing sins into greater and lesser evils. All this does is cause sinners to turn their back to the Cross. At Golgotha, Jesus hangs for the sin of the world. The sin of the whole world, past, present, and future. The “one time for all time sacrifice” Lamb of God. Jesus’ blood covers all sin. No sin is imputed to us, because God made Jesus to be Sin for us. All our sin is outside us on Christ, and his righteousness is imputed to us through faith. 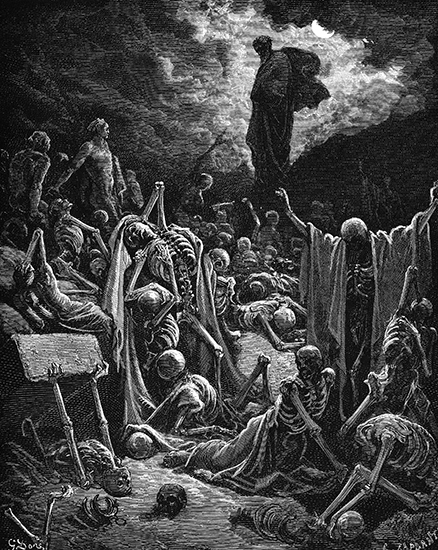 This is so important for a Christian’s life. Instead of pastors and other Christians encouraging a Christian to seek holiness, righteousness, and purity of life, which he can never achieve, and likewise turns his attention away from Calvary to himself, the entire life of a Christian is one of fear and hope. For, when fear of sin and hope in Christ’s righteousness stops, as soon as that happens, pride or hopelessness overtakes a Christian and he’s bogged down in sin again, all the while pursuing what he imagines is godly righteousness, virtue, and a God-pleasing life.

Instead, Luther said (during the Romans lectures) that, “the royal way and the way of peace in the Spirit is to know one’s sin and hate it and thus fall into the fear of God lest He count it and permit it to dominate, and at the same time to pray for His mercy, that He would free us from it and not impute it.”

Peace and hope in Christ is received at the tension point between knowledge of sin and knowledge that God made Christ Jesus to be Sin for us. There a Christian enjoys godly peace and hope, because he knows through faith that he is a sinner and thus will never succeed in being repentant enough, righteous enough, faithful enough, and so on. Instead, God has already given him all things in Christ Jesus.

In the tension between knowledge of sin and knowledge that Jesus became Sin for him, a Christian is brought by God to believe, “at the same time he is both a sinner and righteous, a sinner in fact, but righteous by the sure imputation [of Christ’s righteousness] and the promise of God that he will continue to deliver him from sin until he has completely cured him. And thus he is entirely healthy in hope, but is in fact still a sinner; but he has the beginning of righteousness so that he continues more and always to seek it, yet realizes that he is always unrighteous” (Luther’s Works, American Edition 25:260).