Children, obey your parents in everything, for this pleases the Lord. Fathers, do not provoke your children, lest they become discouraged. (Col 3:20-22)

So recently I went out on a limb and watched “The Get Down.” I have to say it brought back all sorts of nostalgia for the days when camp counselors thought it was still cool to show “The Cross and the Switchblade” at youth retreats, and the Police Academy movies could still Lampoon the cartoonish character of street gangs. In the midst of this Netflix seventies period piece celebrating the street culture of the Bronx, is the story of a boy who grows up without his dad, and a pastor’s daughter who tries to shake her father’s influence to start a singing career.

Despite the drugs, violence and sexual innuendo and foul language, the show really has a lot to commend itself. For all her efforts at subverting the will of her father, the girl is unwilling to sell herself for the sake of getting a break. She seems to intuitively know that that is the best way to lose a record deal. She is also very influential in getting her love interest to man up in what otherwise is a coming of age story about a boy too shy to use his talents and become a man. Here, too, a person sees the Christian influence of her upbringing coming to bear as she speaks about putting childish things behind and pursuing goals. However, what follows this harrowing scene is more disturbing than the disco shootout.

Her father is waiting up for her, Bible in hand and anger in heart. It is a scene one wishes was not true to life because it is all too realistic. The father beats the girl senseless—slapping her around like a pimp would beat the whore, but in this case one which he wants to prevent her from becoming. It’s all too close-to-home for way too many pastors’ kids, an experience shared by those raised in so-called Christian homes by well-meaning parents, but parents who are all too often worried about their own prestige in the community to effectively hear what Paul has to say about exacerbating children.

It’s not enough that they play the holier-than-thou game themselves, only listening to “Christian” music, conforming to man-made rules about what it means to be holy, all the while indulging the Old Adam’s desire to be righteous by his works without the death and resurrection of Jesus Christ. The desire is to say no to the forgiveness of Christ, to be able to say no to it because you think you don’t need it. After all, if you quit smoking, you don’t need to drink the water-made-wine for the wedding feast. No, it’s not enough for them to play this game. They need their children to play the game, too, and when they are successful in the proselytization of their offspring they become twice the child of hell they themselves are.

Indeed, the best that can be hoped for in this scenario is rebellion rather than submissiveness.

Paul knew this, but his counsel on raising children is all too often ignored by a preference for a heavy application of the fourth commandment. “Spare the rod and spoil the child” is true enough, but that application of the verse needs to be sparse itself. A person can sympathize with the fears this father has, but a Christian can’t afford to be motivated by fear. Indeed, we have been given a spirit not of fear, but of power and love and self-control. (2 Tim 1:7) 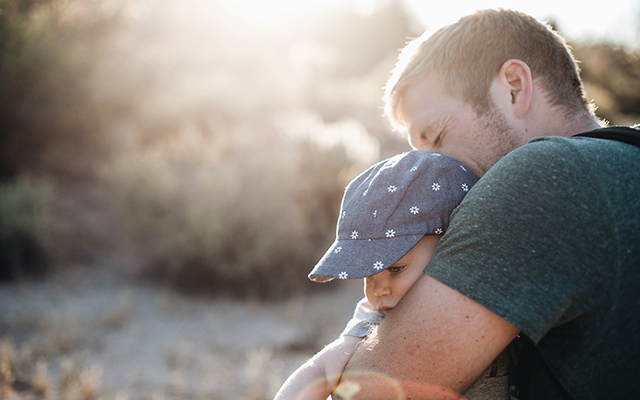 The dangers the father in the scene fears are real, and his fear drives her to them. All she wants to do is sing. She has a great voice, and she sings for his church. One is reminded of Axl Rose who first learned to sing in church, but relates many stories of childhood abuse that are mirrored here in his own life story. Somehow, her father thinks it is a sin to sing anything that might be considered secular, or might be as suggestive as the Song of Solomon.

So she sneaks around behind his overbearing back, and he only has himself to blame. She records a song and conspires to get it to a DJ in a scheme that endangers both virtue and life. And fleeing his abuse finds redemption in an uncle who has all the strings that are needed. Strings that the father could have pulled, but strings he wouldn’t play because of fear and pride.

Today, people often bemoan the loss of children in the church. Over and over again a pastor hears the laity complain that the young people have left, and Sunday School has become an exercise in futility. The problem doesn’t seem to have been as pronounced as when I was growing up, but I often wonder if we in the church shouldn’t see this as a call to repentance rather than a reason for reproof of Generation Whatever that would perhaps rather sleep in on Sunday morning than visit childhood trauma upon the third and fourth generations.

Rod Rosenbladt once told our class that upon seeing Sam Kinison for the first time, he remarked that only a child raised in the church could hate her so much. Perhaps he was so popular because it touched a raw nerve common in his generation. And that is the real danger, a man twice the child of hell. The only way forward is repentance and forgiveness for both parents and children.