The Fruit of a Culture That Worships Individualism: Loneliness

The pop philosophy of our culture has drifted, well free jumped, into an individualism that not even Nietzsche could have hoped for. The guilty parties may not just be the usual suspects; those sinister European existentialists. Surely the red-blooded American dream that includes God and all that, is just as much to blame. After all, what hardcore church-going conservative doesn’t love to brag about the ‘rugged individualism’ upon which this country was founded?!

There were many wonderful blessings to humanity that were afforded by this elevation of the individual over community. Yet our journey toward extreme individualism is beginning to crack the walls of reasonable thought and is resulting in absurd consequences for its adherents. We have now reached a point where many believe so strongly in individualism that nothing else matters. Despite living in the self proclaimed age of science, the individual experience now trumps empirical evidence to the contrary! The disbelief in a concrete and universal reality outside of oneself has propelled many Westerners to trust only in themselves when it comes to determining reality or ideas like right or wrong. Fortunately, this has not been applied to four-way traffic stops. Well, not yet.

While many individualists tout our progression and call it new and exciting, the belief in an individual’s ability to determine his own reality is quite old. Gorgias of Leontini (4-5th cen. B.C.) first established the progressive philosophy with the following assumptions:

Does that sound like plenty of people you meet on the street? There is, after all, nothing new under the sun.

This philosophy has been called ‘solipsism’, based on the latin word ‘solus’ meaning ‘alone.’ And alone is what a disciple of solipsism will feel! Ironically our culture has ‘freed’ mankind from the oppression of objective truth and societal norms, yet simultaneously imprisoned him in a cell fit for only one. “You don’t know me!” concludes all arguments, and the door is locked from the inside. Alone.

While people are certainly being freed from external pressures and definitions, are they not also being confined to a solitary cell? Might the grave increase in the rate of suicide in our country be attributed to this feeling? No one can understand me. No one knows me. No one can really be my friend. I am alone! People are even harangued for being sympathetic because as Kierkegaard once whined, “When you include me, you negate me.” We are encouraged by society to “leave me alone”. So then they are alone.

The Bible may not be an existentialist manifesto but it certainly gets the inclination. Individualism is the great lie, I suppose. The preacher who preached Ecclesiastes was way ahead of the game. The New Testament depicts man as lost and living in darkness, unable to conclude even basic empirical realities because of his inward bent. Satan might be the first sophist asking Eve, “Did God really say that?” How do you know what you know? That sin broke community between God and His creation and between Adam and Eve as they hurriedly clothed themselves and hid. 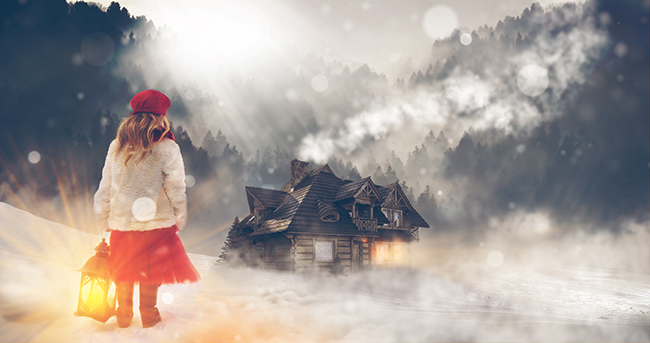 Praise God that Jesus died for existentialists, sophists, even rugged individualists, and lonely people! He broke the prison wall we made between man and God. He paid for the sin and welcomed us home. He alone can claim to be truly sympathetic! He tore off our garment of leaves, our self-made walls and self-made religion, and put His garments of righteousness upon us: robes for a party!

He came for those who have been made the temple prostitutes of the religion of individualism. He gave water to the lone woman at the well. He fed the Canaanite mother, alone and desperate. He even chose the tax collector, Matthew, whom everyone in town avoided, to be his disciple. No one came to Jesus. He went to them, walked through their little prison, and brought them to Himself and into a community! Jesus saves us and places us into His community; the body of Christ, the church!

How ironic that He who brought lonely people to Himself found Himself utterly alone on the cross. Yet, He did it happily for you and me and all of we who are born desiring to look inward and be alone. In Jesus we are not only brought back to the Father, but to the family of other former lonely people.

How sad that some Christians reject community and convince themselves it’s just as fine to commune with God only in the woods, or even only with the Bible in their hand sitting in front of the fireplace… alone. Meanwhile our Lord throws a party every Sunday for the lost son, who was once dead but is now alive! And He has gifted us, our neighbors, to one another that we may rejoice together with Him! Won’t you come into the party?