The End of “As If” Christianity

Many Christians have an “as if” kind of faith. They live “as if” they’re forgiven. They’ve been taught by well-meaning Christian family and friends to go about life “as if” Jesus’ blood covers even them, sinners that they are. “As if” Christians talk about “if I just had more faith.” “If I were just more committed to being a Christ-follower.” “If I were just more obedient to God’s commands, then…” And they’re instructed by their pastors to go about life “as if” God is pleased with them. “As if” Christianity is a “fake it till you make it” kind of religion.

What the “as if” Christians are never allowed to face up to, is that they’re not good. Not even a little. Not in relation to the Holy God. The God who dwells in unapproachable light.

“As if” Christians aren’t allowed to reflect; that they’re not kind, generous, brave, or loyal. They’re not living up to the example of biblical saints. They can’t square up their faith with the truth; that they’re living “as if” they were all those things. They can’t, and yet they have to. Their eternal salvation depends on how well they can pull off an “as if” kind of Christianity.

In the end, it’s not how well they live, how obedient, or how faithful they are, they just have to be a little more of everything that makes a Christian a Christian than the person next to them in church. Then, at the Judgment Day, they can say, “At least I’m not as bad as him!” They’re bent toward winning the kingdom by getting 51% of the vote. 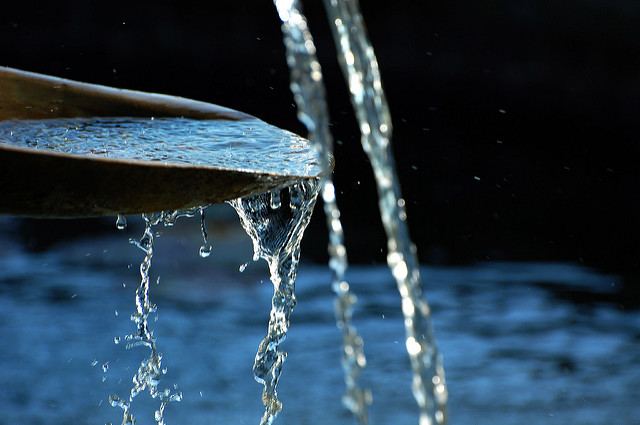 What happens is Jesus. Jesus beaten, bloodied, and crying out from His cross, “It is finished!” Jesus dead for the sins of the whole world. Jesus risen, having overcome and conquered all the hope-crushing power of sin, death, and hell for us. Jesus who says, “Come to me all you who are laboring and struggling, weighed down with burdens, and I will give you rest. I’m gentle, good, nice, wonderful and humble in heart. You’ll find rest for your souls with me.”

With Jesus, there are no “as if” Christians. He doesn’t baptize “as if” sinners. He baptizes real, unforgivable, unlovable wrecks of humanity in his life-giving water, in the Name of the father, and of the Son, and of the Holy Spirit. He doesn’t just feed his body and blood to us “as if” they’re the new testament given and shed for the forgiveness of sins.

This IS my body, he says. Given into death for your sins. This IS my blood, he promises. Shed for you for the forgiveness of your sins. YOUR sins. All of them. He doesn’t forgive sins “as if” they’re no longer remembered by God. They’re really forgotten. He swears by his own Name that the sins we can’t forget, he can’t even recall. “What sins?,” he asks. “All I see is Jesus’ nail-scarred hands and feet.”

In Christ, the “as if” of our sinful imagination is shut up by the “all” of the Gospel. “All our sins and lawless acts are no more remembered.” They’re covered in the blood of the Lamb one time for all time. Jesus is the end of the “as if” Christianity. He’s our comfort and assurance yesterday, today, and forever. AMEN.