The Alien Fashion Sense of Jesus

The best things in life are free. The second best are very expensive.
— Coco Chanel

My mother owned a hair salon when I was growing up. Thus, I spent many afternoons doing homework, sweeping hair, and washing/folding white towels there. Like most salons, there were numerous fashion magazines stocked in the waiting room. From magazines such as Vogue I would learn the difference between Coco Chanel, Yves St. Laurent, and Oscar de la Renta. This piqued my interest in fashion at an early age, which remains to this day. In fact, I was once voted “most fashionable” in my high school year book. This was in 1980s, so that’s not exactly saying much.

This past All Saints Day celebration reminded me of the fashionable saints gathered around the throne of Jesus in heaven as depicted in Revelation 7:9–10:

“After this I looked, and behold, a great multitude that no one could number, from every nation, from all tribes and peoples and languages, standing before the throne and before the Lamb, clothed in white robes, with palm branches in their hands, and crying out with a loud voice, “Salvation belongs to our God who sits on the thrown, and to the Lamb!”

The redeemed are dressed in white robes. The color white is specifically chosen and singularly appropriate, because it is the color of justification – the color of the innocent, of the pure and holy, of the clean and sanctified. White is also the color of the resurrection. They are given white robes by God that they may know that as the risen Messiah is, so they shall be.

The action of being clothed by God constitutes a major justification metaphor in the Bible, going back to the very beginning. Adam and Eve’s eyes were opened to recognize their nakedness when they committed high treason in the garden. They tried covering themselves with fig leaves in a futile effort of works righteousness, but God in his mercy, “clothed” them with garments of skin (Gen 3:21). The prophet Isaiah thus spoke of salvation as being dressed by God:

“I will greatly rejoice in the Lord; my soul shall exult in my God, for he has clothed me with the garments of salvation; he has covered me with the robe of righteousness, as a bridegroom decks himself like a priest with a beautiful headdress, and as a bride adorns herself with her jewels” (Is 61:10).

What greater privilege can a sinner receive than to be identified as a son of God? Just as I am concerned as a father to ensure my two daughters are well clothed, so God is concerned about clothing his children. St. Paul is emphatic throughout his letter to the Galatians that we belong to the household of God, not by works of the law, but through faith. The apostle can say this of the Galatian Christians, even in the midst of their struggle to understand the Gospel aright, because they have been baptized. 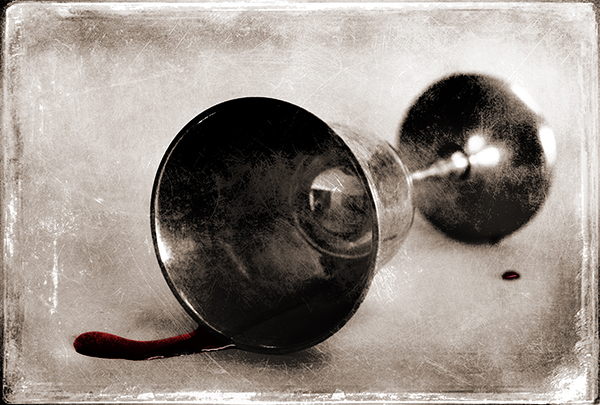 Here Paul settles the question, “Who are the rightful heirs of the Abrahamic promise?” He answers it is those who have been baptized and clothed with Christ. Paul is employing this same fashion motif to show how God clothes us with Christ in baptism—imputing to us His life, righteousness, and name. Just as God covered the shame of Adam and Eve in the garden, He has covered us with his own Son. “To impute,” according to Paul Zahl, “means to ascribe qualities to someone that are not there intrinsically, to regard somebody as a person that he or she is not” (Grace in Practice, 119). By means of baptism, in other words, God calls the spiritual orphan a son or daughter. Nonbelievers traverse through life like Jason Bourne, asking, “Who am I?” But Paul says the baptized can know for certain they are an adopted child of God, an heir who now has the Spirit of the Son in their hearts and can call on God in the most intimate manner, “Abba! Father!” (Gal 4:6).

“Being a Christian is not incidental to our being, then, like being Californian, white, or left-handed. On the contrary, far from being a mere accident or add-on to something already substantial, our union with Christ defines our very being (Drama of Doctrine, 394).”

Those who have been clothed with Christ, despite their background, have entered Abraham’s family tree. The baptized are heirs according to promise.

This takes us back to white robes of the justified in heaven. How did their robes get to be the color white? The elder says these triumphant ones have once-and-for-all washed their robes and made them white in the blood of the Lamb (Rev 7:14). As my friend and pastor, Dr. John Bombaro, put it in his All Saints Day sermon:

“This whitening in the blood is a striking paradox. It is the stain of His blood that washes the stain of our sin away. It is only on the grounds of His atoning death that people are able to stand before the throne of God properly clothed in the righteousness of Jesus the Messiah.”

It is impossible to talk about God and His saints without talking about blood because holiness and blessedness are themselves matters of blood. Fashion maven, Coco Chanel, once said, “The best things in life are free. The second best are very expensive.” Our salvation belongs to God alone, therefore it is pure gift. In other words, it’s free! But the cost of that salvation was extremely expensive. The Son of God had to shed His blood and die for it.

In John’s vision of heaven, there is one thing only that unites the saved multitudes of all nations, kindreds, and peoples, and languages before the throne of God. All in that multitude have been washed in the Blood of Jesus Christ; all have been made holy by the grace of God; all are saints in Jesus Christ by the work of God through His powerful Word and Sacraments that bring us into direct contact with the crucified and risen Christ, with the Holy Spirit of God who sanctifies us through the victory of Christ.

And unlike the pegged jeans of my youth, the clothing of Christ will never go out of style.