Tear Down This Wall! Zuckerberg is no Gutenberg

“As I look around the world, I’m starting to see people and nations turning inward, against the idea of a connected world and a global community,” Zuckerberg stated. “I hear fearful voices calling for building walls and distancing people they label as ‘others.’ I hear them calling for blocking free expression, for slowing immigration, for reducing trade, and in some cases even for cutting access to the internet.”

“Instead of building walls we can help build bridges. Instead of dividing people we can connect people. We do it one person at a time, one connection at time. That’s why I think the work we’re doing together is more important than it has even been before,” – Mark Zuckerberg

At first Mr. Zuckerberg’s comments seem obvious right? Not only Facebook, but plenty of other social media platforms have allowed people to communicate with others more than ever before. How many former classmates or coworkers have you been able to share family photos with who 20 years ago would have fallen off the face of your social earth?

While I believe Mr. Zuckerberg speaks sincerely, are there many negative instances of evidence which speak clearly against him?

For instance, this past week a worker at my wonderful early learning center had to be reprimanded for posting foolish stuff on Facebook. The un-classy posts made her, and therefore her employer, look bad. Yet the posts were not a true representation of her. They were only snapshots of one moment in her life. But that’s all her audience got! So in their minds that was her and the opinions she expressed were all that she thinks about everyday. A wall was erected! Anger was roused. If instead of posting quick one liners and propaganda pictures she had a conversation in person with someone about the same issue, the perception of her would have likely been quite different! And maybe, just maybe, a bridge of basic agreements would be erected.

The image casting and simple one-liner political propaganda cartoons that Facebook encourages does not put up bridges but actually creates walls; walls that hide the real person. Walls that stifle face to face dialogue. The evidence is clear as we watch our country slip into seemingly permanent and insurmountable divisions where both sides appear unable to understand the other’s position. The North Carolina law protecting people in bathrooms provides an example of that. Both sides are demonstrably clueless as to how the other side reached their positions. Both sides hide behind walls that are mostly supported by social media constructions that offer no depth. No one has time to read a lengthy essay or even a blog post like this one.

Facebook cultivates other walls as well. How many times have you witnessed a fellow Facebook user plaster their page with beautiful happy family photos only to discover that the couple just filed for divorce? I have had spouses complain to me about their marriage because they felt they must be missing something; they didn’t feel that exhilaration that other couples on Facebook looked like they were feeling! I’ve also called a member before because his post sounded very suicidal and he was surprised I was concerned. He said he was just having a bad day.

We don’t need Trump or Mexico to build a wall, Mr. Zuckerberg is doing just fine and we are paying for it. Of course the social media user is just as much to blame as its creator.

Zuckerberg is no Gutenberg. He is perhaps the leader of the new Babel builders. They thought they were building a bridge too. Outside of Christ, where two or three are gathered there is a least one dumb idea. 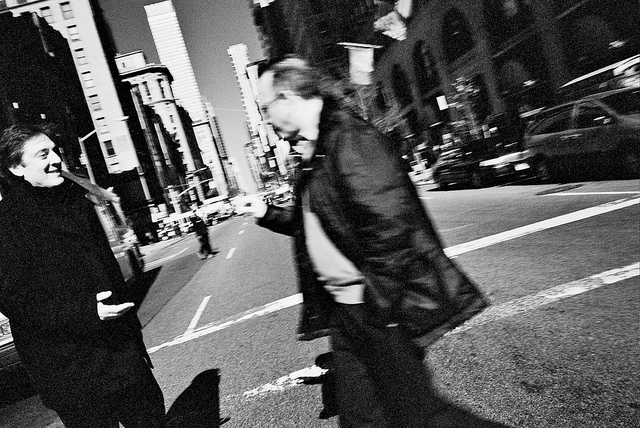 As our society cowers beneath its virtual walls, may the church boldly get out. While the church can surely use Facebook and other avatars to share the Word of God, since that is, after all, where people are living, it should beware of projecting a one-dimensional image. People generally read a headline and delete it if they don’t like it. So if your headlines are cute condemnations or curt criticisms you probably are just building a wall that causes the people you hope to reach to turn around and go the other way.

Perhaps stop worrying about your 2000 virtual best friends and focus your brilliant apologetic mind on those in your physical presence, speaking the truth with love and gentleness, and showing it with compassion and good deeds.

Get out of your mother’s basement and start hanging out with people Jesus dearly loves. Stop typing and start sharing a cuban sandwich with sinners, speaking plainly face to face with persecutors, hugging the unhuggable. Start building real bridges with sweat and saliva spilling God’s living Word into the ears of those right next to you.