So Bad Even God Won’t Forgive? 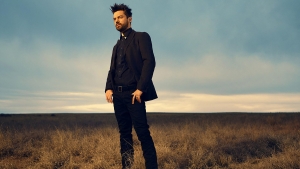 Jesus said to them again, “Peace be with you. As the Father has sent me, even so I am sending you.” And when he had said this, he breathed on them and said to them, “Receive the Holy Spirit. If you forgive the sins of any, they are forgiven them; if you withhold forgiveness from any, it is withheld.” (John 20:21-23)

“Do you think that there are some things so bad that even God won’t forgive them?” So Arseface asks the Preacher about midway through the pilot for AMC’s “Preacher.” It’s perhaps one of the more touching scenes in a show featuring a floundering preacher trying to make his way like Kwai Chang Caine through the American West. Jesse Custer, an anagram for Secret Jesus, takes over his dad’s old congregation in Annville, Texas, as he tries to give up a life of crime and violence that follows him in the form of an ex-girlfriend named Tulip, and an Irish Vampire that serves as a guardian angel.

For most of the show Jesse shows himself to be a rather pathetic pastor. At least, that is what I think the producers are trying to get across when they have him drinking beer, smoking in the sanctuary, and fighting in the bar. (Then again, some of the best Lutheran pastors I know are pretty good at all that…) His preaching is mediocre at best. He gets lost in his manuscript. His heart doesn’t seem to be in it at all as his church organist, secretary, and love interest, Emily notes while bailing him out of jail. And one gets the distinct impression that the only reason he gets it as right as he does when counseling Arseface is that he is really trying to convince himself that “God doesn’t hold grudges.”

“Then he forgives you,” the Preacher says when Arseface admits to being sorry for what he has done. What isn’t said in the show is that Arseface tried to commit suicide with a shotgun leaving his face to look like a sphincter. It’s a rather heinous sin to despair so greatly that you try to end the gift of life God has given you prematurely. Many survivors of such attempts are overwhelmed for years to come with the sort of guilt Arseface displays. The guilt often causes even more grief and despair, enough that the victims will be driven to multiple attempts. That’s the thing about guilt. It has the effect of driving the sinner back to the sins that caused it in the first place, like a dog returning to vomit.

But that’s the devil’s trick. Many people seem to think guilt is a curb that keeps you from sinning that way again, but it never works that way. And in the midst of the despair you can hear that God forgives all you want, but it never seems enough. Arseface is ultimately given the advice to pray and listen real hard and God will be there.

This is where Jesse just falls short.

People who hear God answering their prayers end up in psychiatric wards today. Listening for voices in your head is perhaps not the best pastoral advice. It’s not that God can’t speak to you—He spoke to the apostle Paul—He just doesn’t today. “Long ago, at many times and in many ways, God spoke to our fathers by the prophets, but in these last days he has spoken to us by his Son.” (Heb. 1:1-2) The need for prophecy has passed. The need for God’s word, the need for forgiveness has not. So Jesus gives the keys of heaven to the church. “Whosoever sins you forgive they are forgiven.” 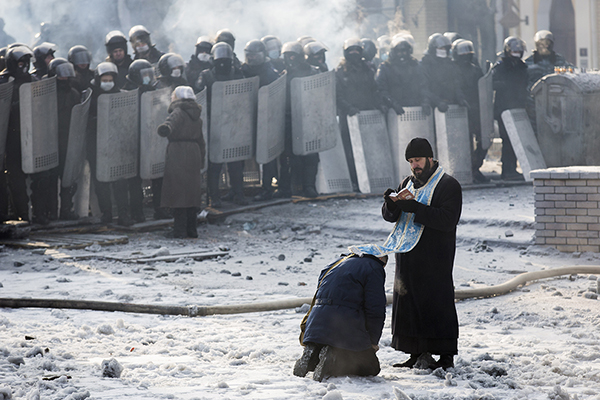 Here, God’s Son still speaks through His church and to His church. It’s the difference between talking about the Gospel and proclaiming the Gospel. That God forgives is something many people know, or at least have heard. But does God forgive me? Has God forgiven me? These are the questions we ask in the midst of despair. We pray, and no matter how hard we listen we just don’t hear it.

In the meantime we look to our lives to see if it is true, if God really has forgiven us. But there is no certainty there! We all know of evil people who have much better living circumstances than we. We know Jesus says blessed are the poor, and yet poverty seems less of an assurance of faith than Mugabe’s wealth. We all know poor people who have no faith whatsoever. God forgives all sins, but how do we know He has forgiven us?

We can know God has forgiven our sins because God has given this authority to men. (Matt. 9:3-8) The authority God gives to men—to you and I as baptized believers in Christ—is to forgive sins, to free them from guilt, to free them from the power of sin. Sure, we can sit around and talk about the Gospel, the forgiveness of sins. We can tell people God forgives and it is all true. But more than that, and a true reason to glorify God is that He has given us the authority to forgive sins. To stand in His stead as the body of Christ and give voice to His word so that Arseface himself can hear in no uncertain terms, “You are forgiven. God in his mercy died for you. Jesus atoned for your sin with His blood.”

And that is the point of talking to your pastor about your sin when you just can’t shake the guilt. This is why Jesus told His disciples, even as He tells you, if you forgive the sins of any they are forgiven in heaven as on earth, so that you would be relieved of guilt and freed from sin. This is most certainly true.