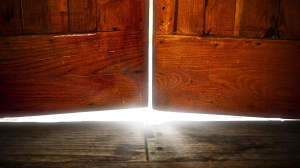 “It seems likely that [Psalm 1] was specially composed as an introduction to the whole Psalter. Certainly it stands here as a faithful doorkeeper…”[1] And so opens a popular commentary on the Psalms as it shares a conviction that is widely held.

But I ask this: If Psalm 1 acts as a doorkeeper, then how does anyone ever cross the threshold of even its first verse?

Blessed is the man who walks not in the counsel of the wicked, nor stands in the way of sinners, nor sits in the seat of scoffers.[2]

If this opening verse offers to us both door and doorkeeper, then the doorkeeper stands with the door held securely shut. How do we know? Just listen to a small sampling of Biblical passages that speak about us.

All have sinner and fall short of the glory of God.
—Romans 3:23

I am wicked.
I am a sinner.
I am a scoffer.
And I am not alone—for you and all others are in company with me.

Again, the doorkeeper of Psalm 1:1 stands with the door securely shut! And if the songs and the prayers and hopes and the cries and the laments and the celebrations of the congregation of the righteous[3] live on the other side of that door which is shut to us, then truly we are utterly cut off from hope and utterly lost! 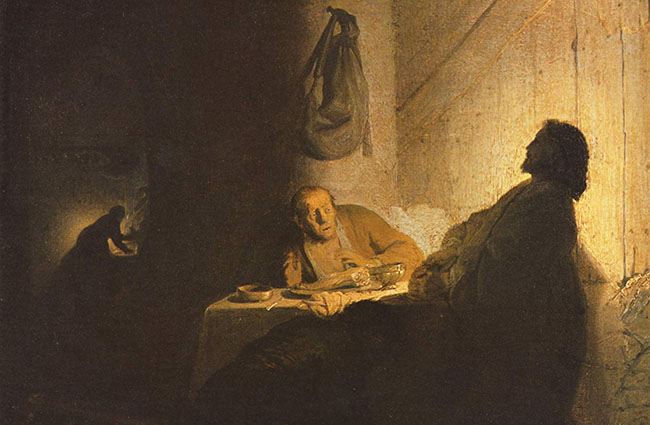 I happened to be chewing on this impasse a couple of springs ago when Easter struck. In particular, the text of Luke 24 blew the doors wide-open:

That very day two of them were going to a village named Emmaus… and they were talking with each other about all these things that had happened. While they were talking and discussing together, Jesus himself drew near and went with them. But their eyes were kept from recognizing him. And he said to them, “What is this conversation that you are holding with each other as you walk?” And they stood still, looking sad. Then one of them… answered him, “Are you the only visitor to Jerusalem who does not know the things that have happened there in these days?” And he said to them, “What things?” And they said to him, “Concerning Jesus of Nazareth… we had hoped that he was the one to redeem Israel… Moreover, some women of our company amazed us… they came back saying that they had even seen a vision of angels, who said that he was alive. Some of those who were with us went to the tomb and found it just as the women had said…” And [Jesus] said to them, “O foolish ones, and slow of heart to believe all that the prophets have spoken! Was it not necessary that the Christ should suffer these things and enter into his glory?” And beginning with Moses and all the Prophets, he interpreted to them in all the Scriptures the things concerning himself. So they drew near to the village to which they were going. He acted as if he were going farther, but they urged him strongly, saying, “Stay with us, for it is toward evening and the day is now far spent.” So he went in to stay with them. When he was at table with them, he took the bread and blessed and broke it and gave it to them. And their eyes were opened, and they recognized him… They said to each other, “Did not our hearts burn within us while he talked to us on the road, while he opened to us the Scriptures?”[4]

Isn’t this just like Jesus? Raised to new life from the grave, He walks, stands, and sits with those who are locked out on the outside and crushed in hopelessness. He opens the Word, He opens eyes, He opens the door, He even puts His blessings into our mouths that we might chew on them (meditate) and receive. In His death and resurrection He is not only a holy man in our midst—breaking our unholy ranks, but He goes so far as to declare us righteous before His Father, on account of His self-same-sacrifice.

There is much to celebrate for us—the wicked, the sinners, the scoffers. For the door that stood closed against us has been opened. The Gatekeeper has opened the gate at the greatest of costs—His own innocent blood on account of which we are declared righteous. And this same Gatekeeper—the risen Christ—makes of us a new creation[5] and leads us inside to the congregation of the righteous,[6] even as He opens to us the Psalms, all the Word concerning Himself, and life abundant with Him both now and in the age to come.