Philip Melanchthon: The Method of the “Loci Communes” – 1526 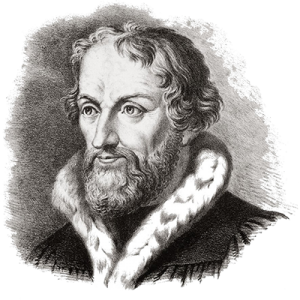 Philip Melanchthon (1497-1560), was Martin Luther’s colleague and fellow Reformer. His accomplishments are numerous, but perhaps his most theologically substantial achievement was the writing of the first Protestant systematic theology, the Loci Communes Theologici. To accomplish his ordering of theological topics, Melanchthon used the ancient method of the loci or ordering of topics. In this little treatise, Melanchthon explains his rationale for using the loci method as well as some of his particular ways of using the method.

Philosophers have found it useful to organize the things of this life into categories. Initially they dealt with the things of nature, such as life and death, and then with the form of things. Soon the range was even wider, classifying things as far afield as fate, and influence, brilliance, birthdays and honors. Later, they distinguished those things over which we humans have some power to control, such as virtues and vices. The benefit of all this organization is that the study of these topics has a framework within which to operate, assuring both breadth and depth in our thinking and application. That is, such organization helps to prevent us veering off into irrelevant sidebars. It keeps us focused on the things that are rightly treated in a particular subject. For example, in theology there would be, at least, faith, ceremony, and sin. In the study of law the topics would include equity, services, crime and punishment, a judge, an advocate and the like.

So, with that background, here’s my contention: if you propose to study or understand a topic of human affairs rightly you should, with diligence and discipline, conduct your study using an appropriate and robust framework. Similarly, if your task is to properly judge others’ study of such things, you would also need to correctly number these topics. And if that’s not enough, I’ll add that the use of suitable categories is of great help when memorizing.

I hope you now see why I think that scholarly—dare I say intelligent—discussion and study of all things of this life ought to be ordered according to common topics, like virtues and vices, and other common themes and common forms. And I’ll repeat: this should most definitely be the case for scholarly study.

I also think that this method—a thoughtfully organized framework—ought to be used generally (that is, outside the academy) for any subject that can be understood by topics. This would include any debate regarding consequential ideas, such as fate, riches, honor, life, death, virtue, prudence, justice, liberality, or temperance. And I’m not leaving out some of the opposites, like poverty, disgrace, exile, the harshness of injustice, disgrace, or the excesses that come from luxury.

I am not alone in these thoughts. Rudolph Agricola has a very nicely composed letter on this idea, as does Erasmus in his Copia where he eloquently expresses his opinion on its use.[1] In fact, Erasmus suggests that the growth of this “framework methodology”—known among these scholars as the method of the loci communes—will be furthered if we read as much as is possible before preparing to organize topics. In his work, he takes a topic, such as vices and virtues, part-by-part. He then separates the topics into their sub-topics. That’s only natural, since, as I’ve already implied, such sub-topics are already in the things themselves. For example, the principal of mortality is within the topic of life and death. Erasmus then distributes these sub-topics within the overall framework according to their relationship with one another or their resistance to one another.

There are some rules we should follow when using the method of the loci communes. One rule would be to understand topics that are kindred and those that are in opposition. As an example, let’s start with what I believe to be the foundational topic of human life, which is piety and impiety. These two should be understood as appearing to be kindred types, though distinct. The first subcategory within piety is love of God, the second is love of country (patriotism), and the third is love of parents to their children (and also children to their parents, which requires them to honor their parents, and also teachers). As a quick side note I remind you that with this type of piety we are all served.

Under the category of impiety, we would place superstition, which, in turn, includes a very broad array of monstrous worship of other gods (just look at the diverse ceremonies of various heathen people). Other subdivisions under impiety would include the invoking of (misplaced) faith in friends, in enemies, and other treacherous persons.

As you teach the method of the loci communes, my best advice is that you should examine the nature and the strength of each argument. I will also suggest—though I know I am biased—that the very most of our enthusiasm and judgment ought to be joined together in the noble study of theology (because it strives toward discerning what is virtue from what is vice) and in the study of civil law (i.e., which is justice, which is equity ακριβοδικαιον,[2] and which is indulgence επιεικες[3]). And yes, we should also enthusiastically study every single topic bearing fruit in the descriptions of knowledge.

As you study these topics, I have two strong suggestions. First, I urge you to carefully distinguish fables from real history. This discernment has particular bearing on definitions. As you might expect, in every topic there will be certain important definitions. For example, with the topic justice, they include: what justice is, to whom it is applied, to whom it belongs, and to whom it should be returned.

A word of warning: although you will see this attention to definitions with other authors who use the method of the loci communes, it is sometimes done at the expense of distinguishing fables from real history. For example, just such a lack of discernment can be found in the writings of Gellius,[4] in the writings of Chrysippus,[5] and even more egregiously in the writings of Hesiod[6] (where his teachings concerning justice and good conduct are framed with a fable, from which we get the phrase “And there is virgin Justice, the daughter of Zeus”).[7]

So again, I urge you to set aside the accounts of fables, or mythology. And not just those ignorantly and arbitrarily concocted, but also those narratives that come down from any so-called illustrious author, like Hesiod, cited above. Despite his fame and renown, the Hesiodan description of justice based on Plato’s Laws (De Legibus) is one of the worst in this respect.[8] 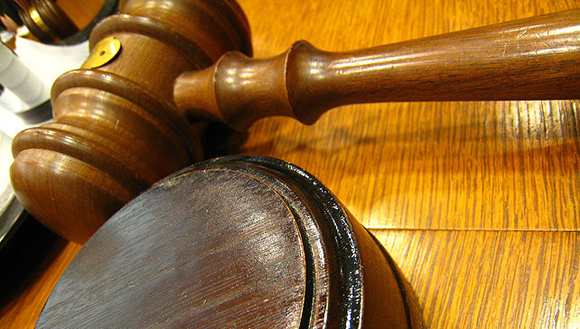 Returning to the example of justice, I note that wrath is the companion of justice. Justice, of course, is life’s great defender, but also the nemesis of any who are rash and arrogant (it fulfills all these roles with both restraint and precision). Justice is best remembered when the Poet declares its fame at anytime, anywhere through beautiful poetry. In fact, if one wishes to praise justice, he should make use of the way Orpheus sang, “he is overlooked and forgotten.”[9]

My second strong suggestion is to carefully discern what is opinion. Thus you establish in what way an author is dividing what he knows to be true from what is his opinion. And if you don’t know already, you will soon learn: everyone has their own opinion, and thus the axiom, “let them reveal it in order to maintain their honor.”

Theognis[10] the poet was such a man. He embraces the power of justice for everyone, so long as it is lawfully applied, as it is in the use of the morality of Aristotle. There is also the example of Camillus[11] the conqueror from Falisci.[12] And consider the tale from Cicero’s Brutus,[13] of Aquilius Manius[14] who fought on behalf of the Empire.

With these examples, one may construct a fluent style of readiness to sort out whatsoever argument he may come across into a sort of loci communes of the type as we have received from Cicero’s argument for clemency and the restitution of Marcellus, in his Orations.[15] Thus, we ought to assert and proclaim: “whatever cannot not be said elegantly, is not worth saying.” Such was Archias,[16] who was praiseworthy in the cause of humanity.

These are enough examples of the method of the loci communes. You should truly not think they are fashioned rashly or randomly. Rather, they are intimate friends, born of the topics themselves, taken out of their very essence. Further, the examples I’ve cited here provide a brief index of some topics from the last fifteen hundred years. I recommend all those who wish to be enriched by the loci method study them earnestly.

[2] Summum jus. Greek, ἀκριβοδίκαιον, is the origin of the maxim Summum jus summa injuria is lost in antiquity. That over-perfect kind of justice which has obtained, by its merits, the title of the opposite vice.

[4] Aulus Gellius was a Latin author and grammarian.

[5] Chrysippus of Soli was a Greek Stoic philosopher.

[6] Hesiod is one of the earliest Greek poets, often called the “father of Greek didactic poetry.”

[10] A tragic poet spoken of contemptuously by Aristophanes.

[11] Camillius, Marcus Furius, was the savior and second founder of Rome.

[14] Probably a son of Manius Aquillius consul in 129 BC, he was a loyal follower of Gaius Marius. During the election campaign for Marius’s fourth consulship, Aquillius was left in command of the army in case the migrating Cimbri attacked before Marius could return to command the army himself. See,

[16] He was born in Antioch in Syria (modern Antakya in Turkey). He was known as an improvisatore orator. In 62 BC he was accused by a certain Grattius of having assumed the citizenship illegally, and Cicero successfully defended him in his speech Pro Archia.