Luther wrote the theses of his Heidelberg Disputation as an explanation of his teaching and theological method. He presented them to a gathering of fellow Augustinian monks. Some, such as Martin Bucer, the later Strasbourg reformer, were very influenced by Luther’s presentation of law and Gospel. Some were less enthused. Ultimately, however, we find in the Heidelberg Disputation the root and core of Luther’s theology, which he would build and expound upon throughout his life. Here Luther came to his brothers with the expressed intention of explaining what had taken him captive and was compelling him to confess. In doing so, he left a powerful testimony and confession for today’s heirs of the Reformation, being just as poignant and timely now.

You can tell a lot about a theologian by how he reacts to the Heidelberg Disputation, this breakthrough work on law and Gospel, faith and works, the theology of the cross and of glory. With short, simple, yet deep, statements, with remarkable precision given its early date, Luther exposes the folly of man-made religion and religiosity and sets Christ as the center and foundation of all Christian teaching and preaching. He topples the ladder of works by which so many have aspired or still do aspire to make their way to heaven with varying degrees of divine assistance and insists that salvation is gift alone, given, not earned, through faith, not by human ambition, philosophy, or schemes. Yes, his thought developed further after this, as noted earlier. Yes, some of his positions became more nuanced or perhaps more precise, but, ultimately, we find here the beating of Reformation theology: Christ crucified for sinners, received through faith, the gift of God, by grace, unmerited and unasked. 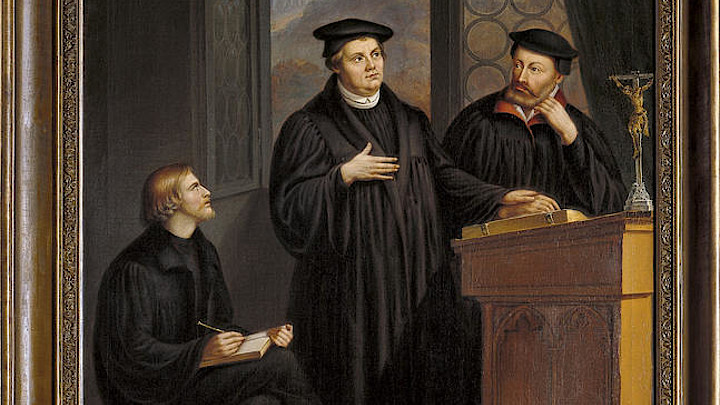 Few of Luther’s writings are so lucid and accessible to any and every layperson in our day with a basic religious vocabulary. And yet, all the same, few also contain such depth in so few words. Like John’s Gospel, written in simple Greek and yet packed with meaning and profundity, Luther’s Heidelberg Disputation gives Christians a lifetime of truth, hope, and Gospel freedom to ponder, enjoy, and share. In this Wingin’ It session from the Let the Bird Fly! podcast, I discuss the portion of my book, An Uncompromising Gospel, that deals with the Heidelberg Disputation and its ongoing importance and relevance.

You can find Luther’s thesis at http://bookofconcord.org/heidelberg.php.