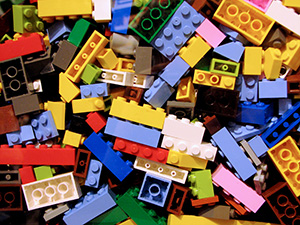 In the previous segment, we concluded with the imagination and its use in declaring and defending the Christian faith. As we will see in Tolkien’s writings, it is his adept ability at combining imagination with Sub-Creation to give his fictional world of Middle-Earth that ‘inner consistency of reality’ which points to the truth of the Gospel; the greatest story ever told. But before we can learn the benefit of and positive use of the imagination in Christian apologetics we must first ask a very important question. “What do we mean by imagination?”

I’ve always appreciated Tolkien’s definition of imagination in his essay On Fairy Stories.

The mental power of image-making is one thing, or aspect; and it should appropriately be called Imagination. The perception of the image, the grasp of its implications, and the control, which are necessary to a successful expression, may vary in vividness and strength: but this is a difference of degree in Imagination, not a difference in kind. The achievement of the expression, which gives (or seems to give) the ‘inner consistency of reality’, is indeed another thing, or aspect, needing another name: Art, the operative link between Imagination and the final result, Sub-Creation. [1]

According to Tolkien, we work with the tools and resources that are found in the Primary World. The writer uses words and images. The musician uses instruments and notation. The Sculptor uses clay or another medium. The painter uses brushes and various paints, and so on. As a Sub-Creator, Tolkien was able to capture and captivate both the imagination and art within the particular genre he is most noted for; that of fantasy. This is due, at least in part, to the fact that Tolkien was a philologist who lived up to the title. He aptly fit his own description of a Sub-Creator. “Fantasy is made out of the Primary World, but a good craftsman loves his material, and has a knowledge and feeling for clay, stone and wood which only the art of making can give.”[2] So, then, Sub-Creation, captures and releases both the imagination and art. 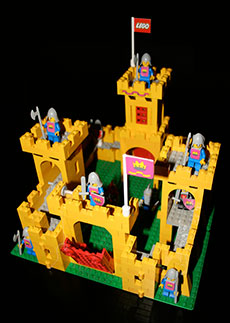 For Tolkien, image and imagination were two essential ingredients in well-told fairy stories, or fantasy; genres he uses interchangeably at times in his writing. The process for Tolkien went like this: Imagination leads to Art; Art leads to Sub-Creation; Sub-Creation reflect or points to the Primary World, or Primary Art. It has, that ‘inner consistency of reality’. Imagination then forms the images that later become words and develop into a full-fledged story. And it is within the context of the story telling where the imagination can point us toward the Christian faith.

One of the primary reasons Lewis’s and Tolkien’s writing was, and continues to be, so magnetic was their sublime ability for making enchanting, magical, and mythical (in the best sense of the word) secondary worlds reflecting the Primary World. They were able to write fantasy which accurately and evocatively depicted reality. This was intentional. Tolkien wanted his stories to be told in a land and geography where ‘miles are miles’. Good fantasy, Tolkien says, is based upon reality and points back to it.

For creative Fantasy is founded upon the hard recognition that things are so in the world as it appears under the sun; on a recognition of fact, but not a slavery to it…If men really could not distinguish between frogs and men, fairy-stories about frog-kings would not have arisen. [3] 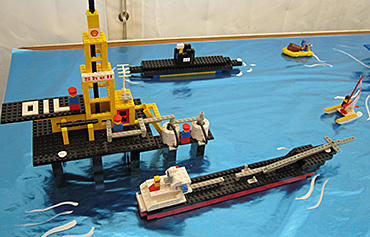 In a similar vein, Lewis repeatedly said that fantasy does not teach us to escape reality, but rather it sheds light upon reality. We see the world better having read good literature. Storytelling awakens us to the beauty of ordinary life around us, and opens our eyes to the enchantment of the everyday world we live in, rather than dull the senses, it accentuates them.

It would be much truer to say that fairy land arouses a longing for he knows not what. It stirs and troubles him (to his life-long enrichment) with the dim sense of something beyond his reach, and far from dulling or emptying the actual world, gives it a new dimension of depth. He does not despise real woods because he has read of enchanted woods: the reading makes all real woods a little enchanted. [4]

In the final segment we’ll take all the pieces we’ve unpackaged and put them together in our ongoing discussion of imagination, art, and sub-creation in service of apologetics.