The apostle writes that, “God’s power is made complete in weakness.” In the Bible, we’re taught that God’s cruciform grace is enough. That’s why God’s power isn’t respectable by any earthly measures. It’s too weak. Too passive. Too offensive to people hell-bent on doing good by a show of force. God’s power works entirely by death and resurrection. First Jesus’, then ours. This is the only kind of witness to divine power God offers to us.

Jesus is the only picture we get of God’s salvific power. And what’s that power look like? He’s not respectable. He’s a Sabbath-breaker. He hung out with crooks. He died as a criminal. He refused the devil’s way of using power to bring about our good. If we try to get in His way, try to mess up what He’s doing for us, as we always do, He doesn’t terrify or threaten us. Instead, He becomes sin for us sinners. Weak for us weaklings. Lost for us losers. Dead for us deadbeats, to prove Himself faithful to His promises, even when we are altogether faithless.

However, Jesus can’t do a thing with us while we cling to life. His power is made complete in weakness, not in shows of strength, or bravery, or force. As long as we hold tight to a life that was never ours to possess in the first place, so long as we refuse to lay down our life so others can live, Jesus can’t do a thing for us. He saves the dead, not the barely living. He saves the lost, not those who’ve gotten off track. He saves the last in line, not the ones who stand in the middle of the road. It’s only when He shepherds us all the way into death, past our attempts at living and dying, that we can experience God’s power. The power of Christ crucified and resurrected. 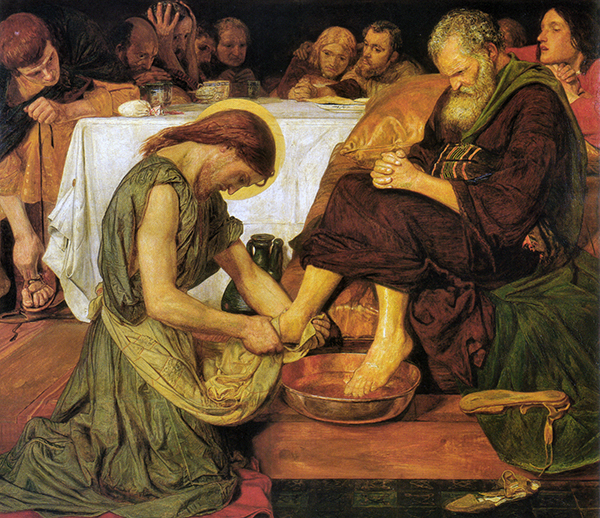 God’s power isn’t what people expect or want. It’s not “if you trust Me enough, I’ll make it all go away. I’ll give you a nice, comfortable life again.” That’s not the Gospel. Jesus doesn’t save us by being a masterpiece of comfort. He saves us by His own terminal discomfort on the cross.

He tells us too, “Take up your cross, your own discomfort, and follow Me along the same road.” He never once says that Christianity will be this program or that method, this process or that blueprint, that will make our discomfort disappear from the face of the earth. Not any time before the Last Day anyway.

Instead, He promises that He’s with us in our failures, losses, and death. That is, He is with us in the midst of our cross-bearing. He is our comfort in discomfort. He is not some baseless hope that will go away like a bad dream. He is always our strength. No matter what happens to us, whether in sin, or guilt, or disease, or death He is our strength today and always.

July 11, 2017 by Donavon Riley
Tags: Dead in Trespasses Donavon Riley Resurrection sacrifice while we were yet sinners
Share
Older Post Back to 1517 Blog Newer Post
© 2020 1517 Shop. Theme by Clean Themes. Powered by Shopify