It’s OK to Be Godless, So Long As You’re A Christian

Ask a Christian, “Which commands do you daily trespass?” and he will likely confess to disobeying every command. Every command, except one. He will, at one time or another, admit to lying, misusing God’s Name, dishonoring his parents, and coveting his neighbor’s possessions. But, ask him to confess that he does not believe in God and a pastor will often receive a confused look.

Despite his pious expressions of guilt, his admission that he’s sorry for disobeying God’s commands, that he wants to do better, a Christian will screw up his face at the suggestion that his real problem isn’t that he doesn’t, “gladly hear and learn God’s Word,” or “help and support his neighbor in every physical need.” It’s that at root, he is godless.

Theologically speaking, every person invents and worships his own gods. But, they’re not real gods. They’re inventions of a person’s imagination. Each of us constructs gods that are projections of our shame, fear, guilt, and blame. Each of us is naked and exposed, vulnerable and ashamed, so we manufacture gods to protect us. We mold and shape deities who will reward us and punish our enemies. Ultimately, we tragically hope our gods will protect us from the one true God.

A Christian who doesn’t confess that he’s guilty of being godless is guilty of self-reliance. He believes in his own ability to believe. He has faith in his own faithfulness. He is not turned toward the only God, the man Jesus Christ. Instead, he is turned in on himself.

Every day, the First Commandment triangulates our position in relation to God, and God’s verdict is, “You are Godless.” And, then, in the next breath the Father turns us to the Son, Who goes to the cross in perfect obedience to God the Father’s will. In His bloody dying and glorious resurrection Jesus opens the way of freedom for every man and woman to confess, “Yes, it’s true. While I was still Godless, you died for me. Lord, I believe; help my unbelief!”

The Christian’s confession isn’t that he is guilty of violating a few commands, or even most of them. He has disobeyed every command as a consequence of disobeying the first. As Martin Luther said, “under every sin is godlessness.” Why? Because, “under every godless act is a disbelief in the Gospel.” 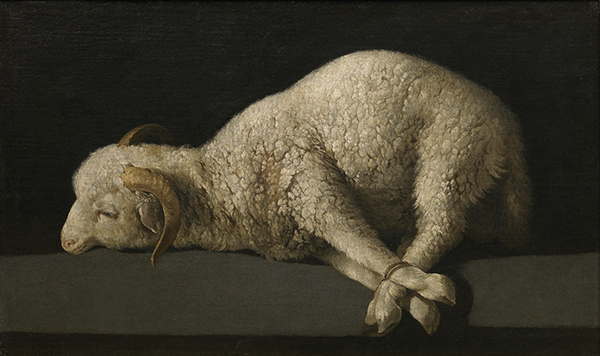 The reason a person is godless is because the Good News of Jesus Christ is, in fact, unbelievable. And yet, that is exactly why Lutherans confess, “I believe that I cannot by my own reason or strength believe in Jesus Christ, my Lord, or come to Him; but the Holy Spirit has called me by the Gospel, enlightened me with His gifts, sanctified and kept me in the true faith.”

A Christian doesn’t run away from confessing he’s broken the first commandment. He recognizes that in Christ he’s free to confess that this is exactly the root of all his sin. It is also why, as Luther said in his Galatians lectures, that:

“The article of justification must be sounded in our ears incessantly because the frailty of our flesh will not permit us to take hold of it perfectly and to believe it with all our heart.”

This is not to his shame, but to the glory of Christ Jesus. Faith does not come from inside us by some act of will or strength. We can’t get to Jesus by any act of thought, learning, or work. Only as a free gift does faith come to us (Eph 2:8-9). The faithfulness of Jesus, God for us, is gifted to us… especially when we are godless.