Is Your Imagination In Bondage? 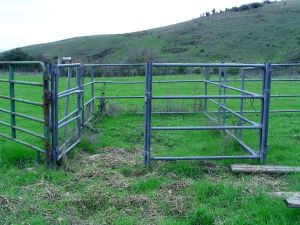 (This article first appeared in Modern Reformation and is posted here with permission.)

When they first hear about the doctrine of the bondage of the will, it almost always strikes people as a dark teaching. When I myself was first handed some books on Predestination in my youth, I remember seeing the supporting verses, and thinking, “This looks like it is probably true, and if it is, I will never be happy again.” Thankfully I was wrong about the latter part. But why did this teaching seem so dark? I think it had to do with my imagination. If God had total power to determine my fate, I could only imagine something arbitrary. And in my darker moments, bullying.

But all of this is based on a particularly bad and unnecessary way of framing the issue. I was happy to discover that the last of the Lutheran Confessions, the Formula of Concord, warned against picturing God doing these things in arbitrary fashion:

Nor is this eternal election or ordination of God to eternal life to be considered in God’s secret, inscrutable counsel in such a bare manner as though it comprised nothing further, or as though nothing more belonged to it, and nothing more were to be considered in it, than that God foresaw who and how many were to be saved, who and how many were to be damned, or that He only held a [sort of military] muster, thus: “This one shall be saved, that one shall be damned; this one shall remain steadfast [in faith to the end], that one shall not remain steadfast.” [1]

When we think of this in a “bare manner” we are like the movie director who tries to come up with an easy way to picture something that cannot be pictured. So he decides that a military muster will get across the idea of choosing. And to get across the idea of the flow of history he shows vast columns of people in various costumes of the ages marching through time. He realizes that he has forgotten Jesus, so he tries to bring him in at the last minute. He’s invested so much money in cast and costumes and CGI that he has to use them. So Jesus is brought on set and fit in somehow. Like many a Biblical epic, it ends up being an impressive spectacle but thin on truth.

This passage of the confession also tells us not to picture God as being arbitrary. “So if this choice is not arbitrary, then God’s decision must be based upon something foreseen in us. A good disposition, or even faith?” No. That was not the answer, either. As Luther elsewhere said:

I herewith reject and condemn as sheer error all doctrines which glorify our free will, as diametrically contrary to the help and grace of our Savior Jesus Christ. Outside of Christ, death and sin are our masters and the devil is our god and lord, and there is no power or ability, no cleverness or reason, with which we can prepare ourselves for righteousness and life or seek after it. On the contrary, we must remain the dupes and captives of sin and the property of the devil to do and to think what pleases them and what is contrary to God and his commandments. [2]

One person is as lost as another. Predestination is sheer mercy.

But what about people born into a class that sets them apart? We have categories in our own thinking that seem to raise special questions when it comes to salvation. How often do we hear people asking desperate questions which nobody would have been asking, at least in our terms, in Biblical or even Reformation times? In ancient times people might have had some way of discussing mental illness or cognitive disability or sexuality or autism or severe shyness, or being highly suggestible, but in very different categories from what we know. (I’m not equating any of these, except in terms of the questions that arise from them.) Now some will just dismiss the question of such topics out of hand to keep things simple. They only hit a few people, and probably not the ones we really want as attractive members. Others will try to tailor a new theology to answer the question. If we followed the lead of the early Lutherans, we might be more inclined to respect the new questions [3], but without reframing the doctrines in those terms.

“But did God make me this way?” is the raw question for many.

This needs to be teased apart a bit. In the Reformation some, like Matthias Flacius, wanted to say that human nature was now sin. We had lost the image of God and now had the image of Satan. Dark words, indeed! Yet if that is the condition of fallen humanity in general, then nobody is stuck thinking that the nature they were saddled with was created by God as such. The other side who penned the Formula of Concord insisted this was going too far. God Himself created human nature. Jesus became incarnate, taking on human nature. He didn’t become Satanic by doing so. So human nature is a good thing as created, and only, as they said, accidentally sinful. Sin was not a defining quality of being human. This was the orthodox Lutheran position: to affirm the goodness of creation, while also affirming the truth of the fall.

God made us human. Fallenness, though, is inherited. Yet we often don’t know where the line is between the original creation and corruption. We make mistakes in both directions when we try to guess this. Many a parent has wanted to curse the mental illness of their child. And understandably so! But until glory, we won’t know how much of it was the result of the fall, and how much that we now consider inconvenient might not have belonged to the original plan. Or if this is even a good way to frame it. (Even to ask this question might involve the kind of speculation the Formula of Concord warned against. Another military muster!) There is a time to stop these speculations. Even if yours are better than the ones someone else put on you. The speculations need to stop and we need to hear a word from outside of us telling us who we, or our children, are. We have been redeemed.

Time spent musing on why God decided to do this or that is a good way to discover how much bondage you are in. Your imagination will run wild, probably in dark directions. The good news, though, is this. God has made His will clear. You won’t find that will in theories. You won’t even find that will by making clever deductions from orthodox doctrines. You will find that will expressed in the cross of Christ, where He forgave your sins. And when you are too weak to hold onto that truth with your mind, and even when you are not, you will hear it in the words of the Gospel preacher, or a Christian friend, or remember you are baptized, or receive that forgiveness of sins again by drinking from the cup of salvation.

Be happy that your identity is given to you by the authority of a good God, and does not match what you imagine it to be during a dark hour.

[1] Formula of Concord, Solid Declaration, Article XI: Election, The Book of Concord: The Confessions of the Evangelical Lutheran Church, eds. Kolb and Wengert.
[2] Martin Luther, from “Confession on the Holy Supper,” as quoted in The Formula of Concord, Solid Declaration, Article II: Free Will, in Kolb and Wengert, The Book of Concord.
[3] See the discussion touching on the psychology of conversion in Arand, Kolb, and Nestingen The Lutheran Confessions: History and Theology of The Book of Concord (Minneapolis: Fortress Press, 2012) pp. 207-211.
October 06, 2015 by Rick Ritchie
Tags: Bondage of the Will Rick Ritchie
Share
Older Post Back to 1517 Blog Newer Post
© 2020 1517 Shop. Theme by Clean Themes. Powered by Shopify