If God is Better than My Father, He’s Really Good 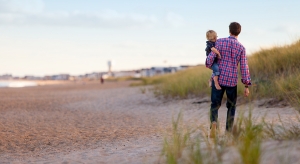 This post arose out of thinking on my twelfth birthday. I was into dolphins that year. It was 1978. I was a weird kid. Almost more into “Close Encounters of the Third Kind” than “Star Wars.” (Though I was into “Star Wars” enough that my friend’s mom threatened to spank us on the ride home as my friend and I argued about the layout of the Death Star.) We went to Sea World so I could pet dolphins.

My dad was a good sport. He drove us to San Diego. I found the dolphin tank. My idea was that we would spend the whole day just doing that. I would be petting dolphins. I hadn’t considered what my parents would spend their time doing. My dad thought there might be other shows worth seeing. I’m not sure how it would have gone if it hadn’t been for some providential intervention, but at some point, as we had been there for some time, one dolphin pointed his blowhole toward my face and exhaled. It was like some combination of a fart and bad breath; the bad breath making the fart barely tolerable. I was now done with the dolphins. Time for the other shows.

Now, as big as all that was at the time, something else ended up being more prominent that day. It wasn’t most of the other shows, which were really cheesy, even at the time. Pearl divers or seals or some planted person in the audience who knew how to ride dolphins perfectly after hopping on one foot near the tank and “accidentally” falling in. It was that when it came to riding a hydrofoil in the harbor, my dad bought a Sea World sweatshirt for me so I wouldn’t be cold. This was back when many parents didn’t expect to spend so freely in an amusement park. And while some (they’re called women) especially need someone to get the gift on time like clockwork, I valued the gift most that came outside of the expected ritual. This was not a wrapped gift that had been planned in advance. I wore this more than I should have after getting it. It was abundantly symbolic to me.

When I think of God the Father, I know He must be better than this! Long ago, in third grade (I seemed to have a crises every three years as a child.), I had been thinking I couldn’t continue as a Christian because believing in Christianity did not—at least at the time—seem like believing in other things. I would put off thoughts of this until I was elderly. But Narnia got me thinking that if God was like Aslan, then it would turn out okay. That became a benchmark. C.S. Lewis hadn’t invented something better than the real thing. 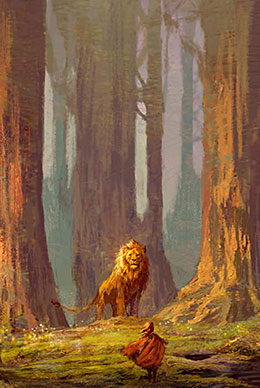 Likewise with my father. God the Father Almighty is good. And He must be good in ways that surpass my earthly father. When Jesus is deferring to his Heavenly Father, He already knows something. What a good father does. He knew this from Joseph. (Sorry, I owe some of this insight to Elaine Pagels.) What would it mean to have parents who would take you down to Egypt, away from all that was familiar, to get to safety during a crisis? Whatever else, it meant that Jesus had some benchmark. If His earthly father was this good, then His Heavenly Father must be even better. This point must be fundamental to our consciousness. It is one of the most basic categories ANY of us has.

Whatever your earthly father did or did not do, his goodness is a benchmark. As a spiritual exercise, I commend to you the following. Think of some act where his goodness really surprised you. And then consider: your Heavenly Father is good in this very way, only more so. We all have different earthly fathers. For some, our only concept of our Heavenly Father is that He must be better than that—across the board. This might not be helpful for some. I’m very sorry. But for most, even where there was failure and disappointment, there are some incidents which provide a benchmark. Consider what that means if it is true. What if God is better than that, not in some mathematical and abstract way, but on that very point. For you. What does it mean?