How Can We Trust The Information Filterers?

The proliferation of fake news has become the latest villain blamed for Trump’s surprising victory. This past week many Silicon Valley leaders chastised Facebook for not filtering fake news sites and thereby allowing misinformation about Trump and Hillary to sway voters. Zuckerberg responded by explaining that his users are smarter than that. Well they both may be wrong. Still, sadly, many polls suggest that above 50% of Americans get their news from social media sites as opposed to actual news sites (whatever those are.)

This past Tuesday, NPR’s Kelley McEvers spoke with Sam Wineburg of Stanford University who has been studying teenagers’ ability to filter information. He concluded that 80-90% are unable to decipher information correctly.

For example, Professor Wineburg says, “We showed them a picture of daisies that looked like they were deformed. There was a claim on a website that they were the result of the nuclear disaster at the Fukushima district in Japan. The photograph had no attribution. There was nothing that indicated that it was from anywhere.

And we asked students, does this photograph provide proof that a nuclear disaster caused these aberrations in nature? And we found that over 80 percent of the high school students that we gave this to had an extremely difficult time making that determination. They didn’t ask where it came from. They didn’t verify it. They simply accepted the picture as fact.”

He concludes: “Right now, Kelly, in many schools there are internet filters that direct students to previously vetted sites and reliable sources of information.

But what happens when they leave school and they take out their phone and they look at their Twitter feed? How do they become prepared to make the choices about what to believe, what to forward, what to post to their friends when they’ve been given no practice in doing those kinds of things in school?”

As I listened to this interview, I was troubled not as much by the teenagers as Wineburg’s belief that teaching people to filter information is a new concept!

“Because you know something is happening. But you don’t know what it is. Do you, Mr Jones?” -Dylan

As if fake news is a new phenomenon brought upon by the social media age. Mankind has been inundated by fake news since Satan first whispered to Eve, since the Pharisees spread lies about Jesus’ resurrection, since John Tetzel sold forgiveness for donations to a building program, since Joseph Smith told a bunch of hippies he could read Egyptian, since… well you get the point.

A good education should always be equipping people to filter information, to put things together, to tear things apart, to determine truth, even reality—how to think. This was certainly the goal of Melanchthon’s push for public education back in the day, not to mention the motivation behind Luther’s translation of the Bible into the language of the parishioner. One might make the case that the Western church went astray in the middle ages because her laity was unable to filter the fake news from the hierarchy! 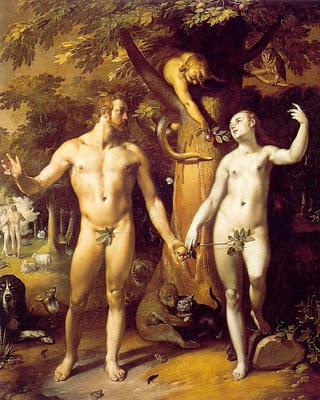 These are frightening times as people sitting in the pews have more voices then ever peddling information about everything from science to politics to God. More than ever pastors should care about teaching their flock how to filter fake news. They are under assault by everything from the Seventh Day Adventists bringing over a pie and convincing them to go back under the law, or the History Channel making up stories of how the early Christians didn’t believe Jesus was God. We can not just demand everything to be pre-filtered. We never could! We have to teach people to filter for themselves! Satan is still whispering, “Did God really say…?”

Not only are we given the task by our Lord to teach everything He commanded, but perhaps we would do well to teach logic and critical thinking since it seems to be neglected in many of our schools. Like the days after Rome’s fall, the Church may be an island not just of the Gospel, but sanity in the near future. In other words pastors, teach apologetics!

The best product of our postmodern age is also the worst: man can not be fully trusted. On one hand every Christian can agree that no one should be trusted—we are all sinners. However, at the same time, our Lord clearly declares that the salvation of sinners will be executed through untrustworthy and sinful lips! And so it has since Pentecost!

Therefore do not fear nor forget that God’s Word has the power to pierce the darkest mind and heart! Don’t wait for the culture to become more conducive to making disciples. It never will be and it never was. Let us keep calling people to repentance and keep speaking the Good News of forgiveness and eternal life. Because letting people know, “Jesus died for your sins and rose from the dead that you might have eternal life.” is especially sweet in a sinner’s ears at times like these.