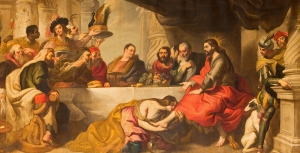 God’s love is messy. He’s reckless, in our way of keeping accounts, about whom He shows mercy. Like a farmer who pays no attention to where the seeds land during Spring planting, God just doesn’t seem to care one iota about how much of a return he’ll get back on His love. We see this again and again in the Gospels.

Jesus loves tax collectors and prostitutes without limit or measure. He praises the faith of men and women, religious and social outsiders, then sends them home without so much as a “Go, and sin no more.” And despite our taking a stance with Pharisees and lawyers, scolding Jesus for His lack of standards, “This is just unacceptable, the way you give away grace and mercy for free,” Jesus ignores the whole flustered mob. He hangs the sin of everyone, even religious people like us, on an executioner’s stake without so much as a “Would it be okay if I took all of the law and the prophets and hung them on My cross for you?”

As much as we pray, praise, and give thanks for God’s justifying work for us, we still balk at the indiscriminate way He goes about it. “But what about the Law,” we say. “What about obedience, and piety, and making up for past sins?” “What about my doing,” we say. “Where’s my part in all of this salvation business?” And God just points to Golgotha, and says, “You’re free to focus on your doing if you want. It’s worthless to me: ‘Behold, My beloved Son, with whom I am well pleased.'”

But it’s too much for us. Too much suffering, and blood, and death for people who don’t deserve it. The God who’s lifted up above Calvary, abandoned and forsaken, should draw a more discerning crowd of followers. Jesus died for the sin of the world, sure, but that doesn’t mean He died to give everyone a free pass out of judgment. Only those who know and understand and appreciate what it cost God to free us from sin and death and judgment should be allowed into heaven at the Last Day. And, of course, anyone who suggests otherwise must be thrown out of the assembly of the biographically righteous. 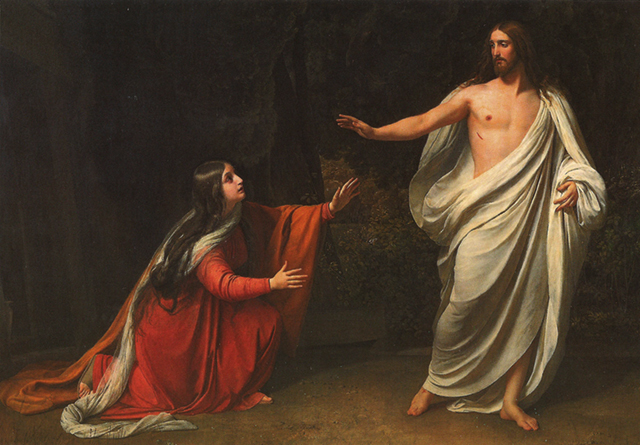 We can’t help ourselves. We’re Pharisees at heart, and the more religious we make ourselves, the more Pharisaical we become. We can’t stop ourselves from getting all worked up into a religious lather about salvation, especially not when we read the Bible and discover how unconcerned God seems to be about whom He gives grace and mercy. How many impious men, how many prostitutes, how many deadbeats will God love and forgive before He says, “Alright, obviously this isn’t working. Every time I love someone unconditionally they just go from bad to worse, and the ones who don’t aren’t anything to celebrate either. They’re constant jabbering at me, doubting me, calling me to justify my actions to them, and just being outright jerks toward me and their neighbors.”

But that’s our God. He’s the God of impious men, prostitutes, and jerks. He took upon Himself at Golgotha the sin of the worst of the worst, and the righteousness of the most religious, too. Jesus bloody well died for those who accused Him of being in cahoots with Baalzebul and dog-Gentiles. He shed His precious blood for murderous adulterers and high priests who lied to people about their salvation in order to make a buck. All God’s doing for us He does knowing full who we are and what our reaction will be to His cruciform grace and mercy. But He does it anyway. That’s how God loves us. He suffers Himself to be rejected by the very people He’s gone through hell to save. God’s love is messy that way, because we’re a hot mess of sin, and death, and satanic sympathies.

That’s the way of it for our God. He will justify us for Christ’s sake whether we like it or not. The flood of love that flows into the world from Jesus’ bloody Good Friday can’t be damned up or diverted by any of our efforts. Instead, the more we struggle to hold it back with our words and works, the more concussive the force when the salvation of our Lord Jesus Christ bursts out and overwhelms us in a flood of grace.

For Christ’s sake, God doesn’t reward the deserving and punish the undeserving. God’s grace isn’t earned. He gives it to those who don’t deserve it. And as much as we disagree with how He cooks the books our heavenly Father presses an “Amen” out of us anyway because, even though God’s love may seem messy and reckless to us, it’s the only way any of us can be justified. And we are justified for Jesus’ sake apart from God’s Word of Law, or works, or anything of our saying and doing. All we’re given for our justification is Jesus. All of God’s love and mercy embodied in His Son, our Savior. The seed the Father scatters that falls into the earth, dies, bursts forth from the ground, and produces the fruit of salvation which leads us into eternal life. AMEN.