God is Bigger than Your Quid Pro Quo 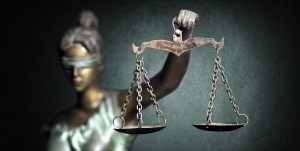 For he makes his sun rise on the evil and on the good, and sends rain on the just and on the unjust.

Quid pro quo, you scratch my back and I will scratch yours. It tends to be the way we humans operate. We may not like to admit it to ourselves, but we are much more inclined to do things for people who do things for us than we are for people working against us. Even when it comes to our life in the church, we find that the 80/20 rule becomes a little exhausting for the 20. Sometimes a person begins to wonder why they are doing all this work at the church for others who seem to be ungrateful, who don’t seem to be chipping in and doing their share. The devil likes to use such thinking to discourage us, and make us think we are not getting what we deserve out of it. So let me take a moment to say the One you are doing it for is most grateful, that’s why the other 80 are there.

This is the way man works, and we are ever remaking God in our own image. This is at the heart of what it means to be a sinner. Trying to improve on God by dragging Him down to our own level. Most often we do this by treating Him as a person who might scratch our backs if we scratch his. Ever done this?

I know I have. It’s a rather dangerous thing to do. Making deals with God is just not a good idea, he never signs them. He will not be beholden to them. And this is good news for you, the deal maker. Maybe you remember it from high school, that promise you made to God while worshiping the porcelain. Maybe, it was a deal you made after hearing a sermon concerning the blessings of chastity. You thought you at least had some tacit agreement with God. If you lived your life the way he wanted you too, everything would work out the way you wanted it to work out. If you lived a sober chaste life you would be given a good job, a beautiful wife and 2.5 beautiful children to grow up in a nice house just outside of town so your daughter could have the horse she wants.

Then you wonder what happened. It is fifteen years later, and your wife left you and took the kids. Your job is on the line and you are wondering if you will be able to make the house payment next month. It’s enough to make you lose faith. It often happens that way. “Well, I tried that and it didn’t work.” Perhaps one is led to believe that God has backed out on His end of the bargain. Perhaps, you take a more sobering account of yourself and realize you just haven’t ever lived up to your end of the bargain. Your life has never been as “sanctified” as it should be. You have never been perfect like your Father in Heaven is perfect. 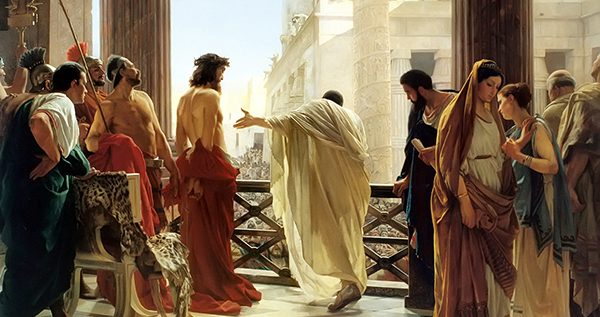 Did you do something wrong? Yes. You thought God was an equal you could make deals with, for one. And you are a sinner, so it is guaranteed that whatever you are experiencing now is far better than you ever deserved. Ever notice that about your neighbors? They don’t go to church to get God on their side. They don’t even go to church, do they? Yet there they are living in the same neighborhood you are, perhaps even with a better looking wife, and better behaved children. God makes the sun to shine on the evil and the good, he makes the rain fall on the just and the unjust.

Mark you, it is God that does this. Your neighbor across the street has God to thank for all good things in his life, the rain and the shine. You do too. It is not God causing the temptation. That is what it is, temptation. Too often our view of temptation is trite. We think of it in terms of desire to do things we know to be sin. For sure these things are temptations, and they will work like a plague on our conscience to make us feel unworthy of God and his salvation. However, temptation has many forms all with the aim of causing us to lose faith. Sometimes it comes in the form of a lost job, a divorce, the death of a loved one, life just not working out the way we want it to, neighbors who seem to have the good life even without God.

This is the work of the devil.

God didn’t back out of your deal. God never signed it in the first place. He refuses to be brought into a quid pro quo relationship with you. He’s your Father and He loves you more than that. He is bigger than your quid pro quo and won’t let you put Him in that box. God knows you won’t follow through. The devil, the world and your sinful nature won’t let you follow through. Instead, He has a better plan. He will claim you as His own children in the death and resurrection of His only begotten Son, Jesus Christ.

It was there that He justified the ungodly, and by the ungodly He means you. It was there in His death and resurrection that He would lift your up to walk in the newness of life through baptism that you would no longer have to wonder if God loved you or was punishing you for not being good enough. It’s the newness of life that comes with the flowers blooming in the May sun because if God only let it rain on the just the April showers would never come.