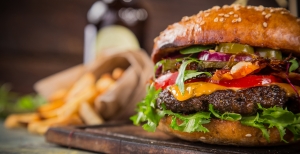 If with Christ you died to the elemental spirits of the world, why, as if you were still alive in the world, do you submit to regulations—“Do not handle, Do not taste, Do not touch” (referring to things that all perish as they are used)—according to human precepts and teachings? These have indeed an appearance of wisdom in promoting self-made religion and asceticism and severity to the body, but they are of no value in stopping the indulgence of the flesh.

I’ll admit, as a Lutheran, the practice of fasting has always been a mystery to me. It isn’t that I have never done it. At the risk of practicing my righteousness before men, I have subjected myself to rather severe fasts over the years for various occasions in and around Lent. I failed miserably the first time I gave up beer for Lent in college. Who knew St. Patrick’s day fell in the middle? Later I would probe the mysterious rites of fasting, and give up everything but bread, water and black coffee. But even then I didn’t take it very seriously. Though I was thankful for the forty pounds lost just before bikini season…

There is good reason for fasting. It is disciplining the flesh. Jesus talks about the disciples not fasting while He is with them, but then He also considers that it will be a normal thing for His disciples to do when He has returned to the right hand of the Father. He doesn’t say if, but when you fast.

Still, what the fasting is He leaves up to the individual. Jesus, unlike most religious leaders of the world, prescribes no fast, and has the audacity to declare all foods clean even when they come nuke-ready from the grocery store or garnished with pickles and mayonnaise with a large M on the wrapper screaming malnutrition. His death and resurrection even covers those sins.

I can hear it already though. The objections of the pious. But your body is a temple of the Spirit! Aren’t we supposed to take care of God’s temple! It’s an odd thing, I hear this argumentation in just about every context except the one for which Paul uses it, sex. People use it in connection with tobacco, diet and exercise, and often with the tacit promise that if you take care of your temple with these things you will become more sexually desirable. (I would think that using this line of argumentation in regards to tobacco is rather undermined by the Old Testament where one finds that God likes His temple filled with smoke.)

It’s a farce. The whole thing is nothing more than a thinly veiled worship-of-self; a thin coat of white wash decorating a tomb. This body is dead, and in death God gives it over to decay and destruction that it may be renewed and changed in the resurrection. This is what Jesus came to secure for us, a resurrection of the flesh that will do for this body what no amount of diet and exercise will ever accomplish for it this side of glory.

In the twinkling of that eye the perishable will become imperishable, and our bodies will be changed and become more glorious than we ever could have imagined. So yes, we Christians can eat sacred cows, bacon and all manner of processed food. That is as long as our dietician gives us permission…

I mean, all spiritual mumbo jumbo aside, and there is plenty of that when it comes to diets, there are good reasons to take care of your health. They just don’t have anything to do with your ultimate standing before God. I certainly enjoy the benefits of good health when I get my dogs and shotgun together for a chukar hunt in Hell’s Canyon, Oregon. I carry enough extra weight in shotgun shells and water for the dogs that I don’t need to be carrying an extra fifty in my midsection. I enjoy the extra energy and the presence of mind, even the creativity that comes with a daily six mile hike. I just get more done when I’m exercising regularly.

But I’ve long given up hope that any of it will make me live longer. I’m not even sure if I want it to. To live is Christ and to die is gain. So I’ll be thankful for the days He gives me, hopefully even if I have to spend a few of them suffering old age in a nursing home. (Forgive me if I pray to be spared that trouble.) But none of that has anything to do with fasting; in fact one could argue that all those concerns are nothing more than concerns of the flesh, more evidence of the Old Adam’s grip on my soul. 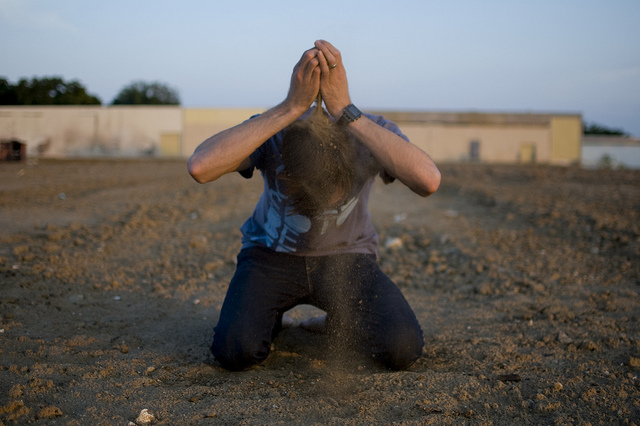 I suppose that’s the rub. Fasting is supposed to be a way of declaring our freedom from the things of this world, from elemental spirits that would control us. It is supposed to be a way of taking up a statu confessionis over and against the world. But the world is always offering us another fad diet, and measuring self-worth, our credibility, and even our religious devotion by our waist size. This isn’t anything new. In his Commentary on Colossians Bo Giertz explains that this is what Paul was talking about then, and it has its equivalence to today:

“We can mention yet another feature. In such shallow but popular religiosities there are often ascetic traits. The thought that we put ourselves in the good graces of divine powers by abstaining from something and by being strict with ourselves is universal. The dark powers prefer sacrifice. One acquires powers for themselves by afflicting their bodies, fasting, living like a Spartan, and denying themselves that which one actually desires.

One can find all of these features in Colossae, just like in our time. If we want to have external examples from our own environment of that which Paul calls slavery to this world’s powers then we can think of the almost superstitious fear of fooling themselves, that is so normal, or in the unmerciful control that common opinion or the fad of the day or the demand to be skinny can exert over people.”
— Bo Giertz, Commentary on Colossians, Chapter 2:16-19

The demand to be skinny! Who doesn’t feel that? Gluttony is considered one of the seven deadly sins. But why? It’s a rather strange thing today. You don’t find “thou shalt not eat too much” written anywhere in the Bible. Yet we kill ourselves in the pursuit of being skinny, and even in this we all too often worship our stomachs, if not by feeding it every time it rumbles, then by glorifying the six pack abs that bring us so much esteem by the gods of society we allow to judge us for our appearance. It truly is a damned-if-you-do, damned-if-you-don’t proposition.

We all die sometime and if worrying won’t add another hour to our life, neither will refusing a cheeseburger on Friday. It has no value in stopping the indulgence of the flesh. Indeed, dieting and exercise all too often have everything to do with indulging the flesh today. By “flesh” here Paul means our inborn sinful nature, what he calls elsewhere our Old Adam. That Old Adam most often isn’t about looking like a fat slob, or all out indulgence in all that the world knows to be sinful and bad excessive drinking, and overeating. He wants you to believe you are holy enough on your own that you don’t need Christ. And if he can convince you of that by getting you to deny yourself cheeseburgers then all the better.

So yeah, over the years I have looked forward to the season of Lent as a time to discipline the body either by dieting, or renewing a devotional life that has gone lacking, spending more time in prayer and the reading of God’s word, sometimes even challenging myself to share the Gospel with others even outside of church. I’m still not sure of what all I’ll be challenging myself with for Lent this year, but I do know I will take a fast from dieting. It’s Cheeseburgers for Lent, but forgive me if I still walk to the burger joint.