Dialogue—Closing the Loop on Science and Theology, But Not Really 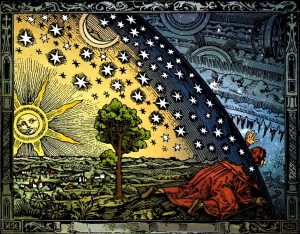 A long while back—see here, here, and here—I started a series on the classic positions given by theologian/philosopher Ian Barbour (d. 2013) regarding the relationship between science and theology. I never finished. Today I bring closure to that series of posts by discussing the position that seems the best fit for Lutheranism. In fact, it is the position that has been adopted in a recent CTCR document titled, In Christ All Things Hold Together: The Intersection of Science & Christian Theology (2015). The position is called Dialogue.

The current post is not an exposition, extrapolation or critique of the CTCR document. I mention the document only to note that the dialogue position is repeatedly mentioned as the route forward for Lutherans struggling with the relationship between science and theology. The dialogue position is one that takes both science and theology seriously by suggesting that the two can mutually reinforce the other. However, Barbour does not develop any theoretical framework explicating what dialogue actually looks like beyond showing historical examples. The CTCR document follows suit despite ending with a practical chapter for the different kinds of readers, e.g., students, teachers, scientists, etc. Historical example is a great way to illustrate themes and points to good and bad examples of dialogue.

However, at some point an analysis of what dialogue is needs some attention. Not necessarily so that a perfect dialogue form is given, but that we can better see why some examples of the past are better than others, allowing more self-critical reflection of our current forms as blends of that history.

So here is where I sense a tension in our use of the dialogue model. It begins with the central thought that good theology and good science cannot be in conflict. Total truth is one and God’s mind is not conflicted in revealing Himself in the book of nature and the book of revelation. A problem arises, however, in that humans, this side of Eden, are fallen cognitively, morally, and spiritually. This raises an acute problem in terms of understanding both the book of nature and the book of revelation. The land we till toils against us whether our hands work the fields of carrots and turnips or our minds the fields of Aristotle, Galileo, and Holy Writ. Nothing is easy, whether it is the creation belonging to hands or the understandings of the mind.

But, humans are creatures of habit and leisure. We, in oft-brilliant ways, make life more comfortable in spite of the harshness or uncertainties of reality. We’ve tamed the physical wilderness through machines, and intellectual wilderness through tools such as conceptual analysis. Very difficult tasks, concepts, and relationships are brought together in easily accomplishable and understandable ways.

Harvesting is no longer backbreaking work as one sits in an air-conditioned cab of a combine harvester. Theological education is reduced to catechetical memorization of words such as sanctification, hiding or simplifying a complex relationship between sinner and God. Scientific phenomena are reduced to vocabulary words such as gravity and a few equations, with no hint that the phenomena are not as well understood as we thought.

And this is where we run into problems. We become so accustomed to using our tools, whether physical or intellectual, that we forget that the tools are a creation made by humans. Their ease of use provides a false sense of security that we really have a handle on the wilderness outside us. In fact, we become more attached to the tools than we do the reality from which the tools sprung. I am comfortable using words such as sanctification without struggling with the Scriptures as a whole. I can calculate how fast something falls without even conceiving the reality of a curved space-time, or that I am literally hurling though space at 1000 miles per hour! The tools allow us to forget how odd and untamed the wilderness is. 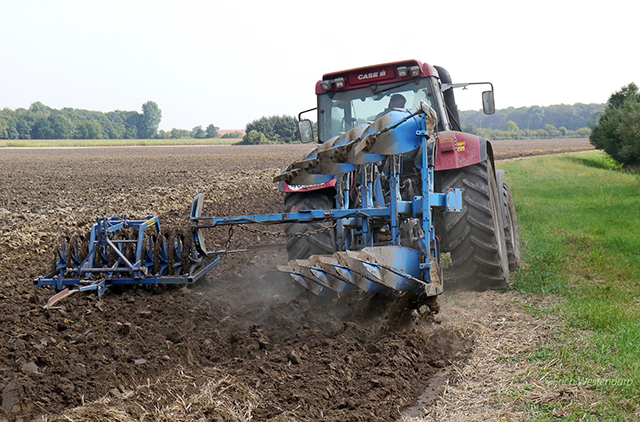 The problem is that the tools, whether physical or conceptual, become surrogates for rightness and wrongness. Tools, which were originally good or bad at what they were supposed to do now become the way in which we conceive the rightness or wrongness of the task itself. And it is in this move from the goodness or badness of a tool to the rightness or wrongness of a tool that I think much of the dialogue between science and theology breaks down.

We enter the dialogue under the assumption that we have the correct way to understand science, Scripture, and the relationship between the two because we have the correct tools. The adjectives rightness and wrongness seem to work against the very conceptualization of a dialogue. A dialogue is an exploration of a topic between two or more people and/or groups. The adjectives right and wrong are more indicative of a lecture. A dialogue has people standing side-by-side looking toward something, while a lecture is a person standing in front, talking down—often literally—to an audience.

And therein lies the problem. Much of what passes for dialogue between science and religion devolves into either independence or integration. Independence insists that science does what science does and religion does what religion does and never the two shall meet. Independence runs counter to that total truth intuition I mentioned earlier. The integration model holds that either science must transform theology (e.g., theistic evolution) or theology transforms the science (e.g., Young Earth Creationism). Integration does not disrupt total truth, but does make one discipline subordinate to the other in terms of what anchors total truth.

But wait, what’s wrong with that last option mentioned, at least in the manifestation of a science that is commonly recognized as distinctively biblical such as Young Earth Creationism? After all, is not Scripture the source and norm of our faith? Are we not supposed to anchor all truth in the biblical text? If we as Christians have an infallible and inerrant truth delivered to us through the Holy Spirit in the words of Scripture, is dialogue even possible? Shouldn’t all scientific truth be subordinate to the scriptural truths? Of course! I wouldn’t have it any other way.

But, we must remember that even our ability to understand Scripture is working against us in the same way the fields work against our plows. Interpretive schemes have changed in relation to scientific advance. Take a look at Volume I of Franz Pieper’s text on Dogmatics, where he was still struggling with the idea of a geocentric universe in 1924! Yes, the Holy Spirit illuminates Scripture to us, but when trying to understand the implications of scientific findings with the texts of Scripture and the texts of Scripture with scientific findings, it is difficult to discern when and if the Spirit is speaking or if the devil is whispering, “…did God actually say?”

What does this mean for the development of the dialogue position between science and theology? I honestly do not know. Dialogue seems entirely appropriate for a Lutheran stance on engaging science. However, we haven’t given this dialogue its due diligence in thinking through what this means or how it unfolds in practice. In this way, I’ve misled you the reader. I’m not bringing closure to this series of posts, but leaving the post hanging for further thought and discussion. What does dialogue look like? How do we navigate the waters of science and theology in dialogue? Is it even possible?