Cupbearer to the King 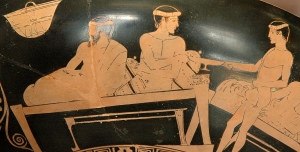 In the days of Nehemiah the role of cupbearer was played by someone who was relatively insignificant in the eyes of the king. The cupbearer’s life was expendable. As cupbearer it was his job to taste the wine prior to the king’s consumption. The cupbearer typically was a slave that was pressed into service in order to “take one” for the king. If the wine was poisoned the cupbearer keeled over and then a new cupbearer was pressed into service. It wasn’t a job that young boys aspired to do. There were no schools designed to train cupbearers. No degrees were conferred. The cupbearer did his job and probably hoped every day that he’d get to see another one.

From a Christian perspective the role of cupbearer takes on a new meaning. Christians affirm that there is no King but God, and God does indeed have a cupbearer. The cupbearer was Jesus. In the Garden of Gethsemane Jesus prays to the Father to let this cup pass from Him (Matt 26:39). The cup that Jesus was referring to was the cup of God’s wrath. Jesus prayed that the Father’s will be done, which resulted in Jesus drinking the cup of wrath down to its dregs. The cross is where that cup was consumed in its fullness as Jesus took on God’s wrath for the entirety of humanity. He took on God’s wrath, because He took on sin – humanity’s poison if you will – for all. Yet in an interesting twist we see that both king and cupbearer blend into one. Since Jesus is God that makes Him King of the Universe (a title that many Jews used in their prayers at the time of Jesus), and so it is the King who drinks his own cup. 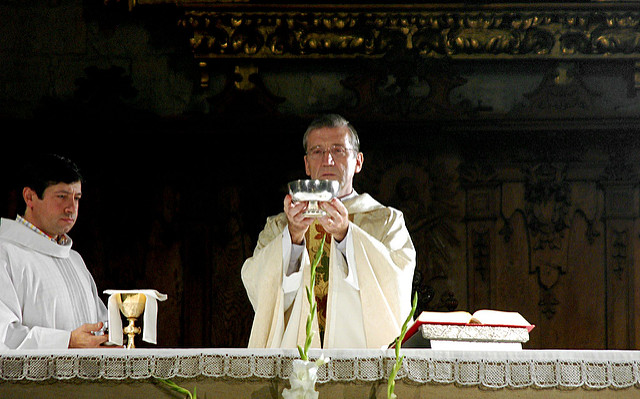 Pastor-as-cupbearer means that he brings the cup of forgiveness to God’s people. One of his important tasks is to bring the blood of Christ to the lips of his parishioners. He serves the people on behalf of the King in this way. He is insignificant in his role due to the fact that he does nothing to make the wine the blood of Christ in the Supper (as well as the bread/body). He doesn’t say any magical words that make it happen. He is but a servant in the task. He is also expendable in that other suitably trained, called, and ordained men can fill that role. If he were to receive and take a call elsewhere then another suitable candidate could come in and fill that role.

The ability for the pastor to play cupbearer is solely dependent upon Christ first and foremost playing the role. Without Christ playing the role of cupbearer, no man could fulfill the job of “pastor-as-cupbearer.” The two roles and two cups are therefore intertwined with one another. When cupbearer Christ drank the cup of God’s wrath He opened the way for His children, His kingdom to partake in the cup of forgiveness given by the cupbearer pastor.

Christians therefore should seek every opportunity they can to receive the blood (and body) of Christ from the cupbearer. Knowing that what they receive is not God’s wrath for their sins; rather it is God’s forgiveness that they are called to drink to its dregs.