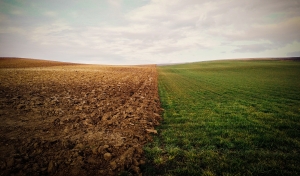 by Philip Melanchthon (from the 1535 Loci Communes), translated by Scott L. Keith, Ph.D.[1] 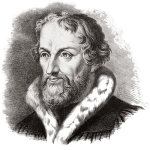 The term “Gospel” is extant in the oldest Greek authors. In Homer, the word signifies one who collects a reward by proclaiming happy news[2]. In Aristophanes and Isocrates[3] this word signifies a reward given because of something that was done well, or because of a report of happy events. The Apostle [Paul] himself uses this beneficial announcement.

Indeed, this distinguishing between the Law and the Gospel is the primary consideration. I will not hide behind long explanations or grand arguments but rather provide the necessary distinctions. To wit, it is necessary to distinguish between

Now, as was noted previously, it is the Law that demands perfect obedience to God. The Law does not remit sins freely, and the Law does not pronounce one righteous (that is, acceptable to God) unless the Law is itself satisfied. Sure, the Law contains promises, however, it requires the condition that the Law be fulfilled (see “not free” above).

Law & Gospel Should Not Be Confused

But how are Law & Gospel harmonized? The short answer: the Gospel is equally preached with the Law and repentance, and yet the promise of grace should be expounded in the right way. Let me elaborate.

As most of you know, the Law also has promises. Yet the distinction of the promises should be observed. That is, promises are of two kinds in the Holy Scriptures. The first kind pertains to the Law, and has the conditions of the Law. Said another way, they are put forward—promised—on condition of fulfilling of the law. Thus, the promises of the Law are conditional.

For example, the Law teaches that God is good and merciful, but this goodness and mercy is extended only to those who are without sin. By the way, this is the same thing that human reason teaches, which means that through reason itself one can have a certain knowledge of the Law. Here, then, everyone can consult himself, for the natural man will find within himself a certain judgment concerning God, namely, that He is merciful, yet only to those who are worthy (i.e., to those who are without sin). The natural man will also conclude—if he’s honest—that he can never please God, seeing that he is unclean and unworthy. Thus, the Law and its promises—whether discerned through Scripture or through reason—leave the conscience in doubt because the promises are conditional.

The second kind of promise is of the Gospel proper. Such promises do not have as a cause the condition of the Law. That is, they are not promised on account of the fulfillment of the Law, but freely on account of Christ.

In particular, this is the promise of which the Gospel most clearly speaks: the remission of sins [and imputed righteousness] (also referred to as reconciliation, or justification). For with the Gospel these benefits are certain, and not dependent upon the condition of fulfilling the Law. If we understand [believe] this, then finally we actually have the remission of sins. But when satisfaction of the Law was required, remission of sins was given up as hopeless.

All this means that remission of sins and reconciliation (i.e., justification) is a free gift and is not on account of our dignity, or self-righteousness. And yet it was necessary for justice that there be some victim [propitiation] for us. Therefore, Christ was given for us, and He became this victim so that on account of Him we become pleasing to the Father.

So in the Gospel, we have the promise of reconciliation. This promise is distinctly legal (forensic) because the promise is “freely, on account of Christ.” The Apostle Paul explicitly uses this particle “freely”[4]. Hence we diligently and carefully emphasize “freely”. See, for example, Romans 4:16: “Therefore freely by faith, so that the promise is sure.”[5]

Therefore, our adversaries, even if they cry that they are teaching the Gospel, still leave the conscience in doubt because they do not teach that reconciliation is free, and in place of the Gospel they teach the Law, as in Hesiod[6] (i.e., the judgment of natural reason).

Thus, this particle, in our eyes and minds, is to be understood as emphasizing “freely.” To this end, it is necessary that we teach that this is a gracious promise. Our objective is threefold: that the promise is certain, that the conscience is set free from doubt, and that we have firm consolation from true terrors. For in these things it is truly realized that this work is a gracious promise. Most of all, though, it is our contention that this is the chief doctrine to which all others are referred. 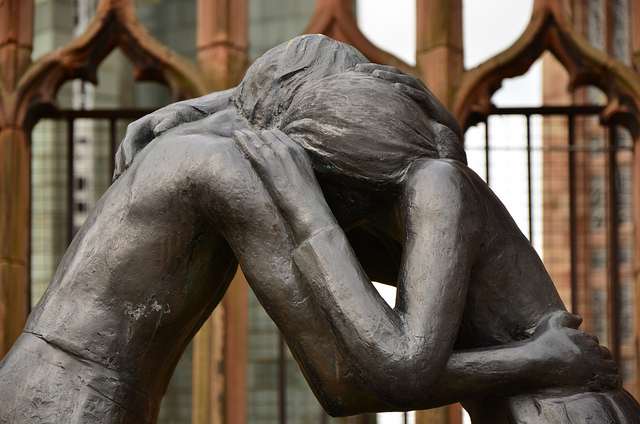 Yet it ought to be noted: the promise should be received. Paul teaches this in Romans 4:16: “Therefore freely by faith so that the promise is sure.” And 1 John 5:10 says: “Whoever does not believe God has made him a liar” etc. Accordingly, the term “freely” does not exclude faith, but removes the condition of our dignity [self-righteousness], and transfers the cause to our benefit in Christ. Neither is our obedience excluded, yet the total cause of the benefit is transferred from our obedience to Christ so that the benefit is certain. Therefore, even though the Gospel preaches repentance so that the reconciliation is certain, we teach that the remission of sins and God’s pleasure do not come to us on account of the dignity [righteousness] or the “newness” of our repentance. This is necessary for the consolation of faithful consciences. And hence it is easily judged how these things agree, that we can teach the Gospel of repentance, and still preach the free promise of reconciliation. But I will say more about this comparison a little bit later.

Christ, in the Gospel of Luke, gives the ultimate definition of the Gospel clearly as a verbal artist, when He describes it in chapter 24, verse 47: “and that repentance and forgiveness of sins should be proclaimed in His name to all nations, beginning from Jerusalem.” This is the preaching of the Gospel repentance and promise, which reason does not naturally grasp, but God reveals it when He promises that He remits our sins on account of Christ, and we are pronounced righteous after receiving the Holy Spirit and eternal life as a gift. This He promises freely, so that it is certain.

These three components we will explain a little later. Here, it is only necessary to remember the proper benefit of the Gospel, which can otherwise be summed up in one word: justification.

[1] Special Thanks to Mr. Kurt Winrich for editing this piece and making it clean and readable.

[2] Odyssey Book 14, Line 152: “εὐαγγέλιον δέ μοι ἔστω…” That is: “And let me have a reward for bearing good tidings…” Homer, The Odyssey, ed. G. P. Goold, trans. A. T. Murray, 2 volumes in the Loeb Classical Library [No. 104], (Cambridge: Harvard University Press, 1919-1998). See also, A Greek-English Lexicon, Ninth Edition with a Revised Supplement, ed. H. G. Liddell and Robert Scott (Oxford: Clarendon Press, 1996). “εὐαγγέλιον: the reward of good tidings, given to the messenger; in the Christian sense, the Glad Tidings.”

[3] εΰαγγέλνα θυειν, Sacrifice for good tidings. Theological Dictionary of the New Testament, ed. Gerhard Kittel, trans. Geoffery W. Bromily, vol. 2, (Grand Rapids: Eerdmans, 1964), 723. “In religious usage, the message is again so highly valued that it is equated with the actuality. On the occasion of these messages sacrifice is offered not merely for the message (εΰαγγέλνα θυειν) but for the event proclaimed. εΰαγγέλνα is thus estimated as a fact in the oracles of the imperial cult.”

[5] “So the promise is received by faith. It is given as a free gift. And we are all certain to receive it, whether or not we live according to the Law of Moses if we have faith like Abraham’s. For Abraham is the father of all who believe.” (Romans 4:16)

[6] The Oxford Classical Dictionary, eds. M. Cary et al (Oxford: Clarendon Press, 1949), 423. “Hesiod – Ἡσίοδος – son of an unsuccessful citizen of Cyme in Aeolis, who with his two sons, Hesiod and Perses, migrated to Greece and settled at Ascra on the slopes of Helicon. Sometime after the father’s death Perses, who had already obtained more than his share of the estate, tried, with the help of the rulers, to obtain still more. It is not known how the dispute was settled, but it appears to have lead Hesiod to begin a series of moral admonitions in hexameter verse which afterward resulted in the poem Works and Days. Herodotus makes him a contemporary of Homer, but later antiquity is uncertain. The modern opinion generally regards him as later than Homer, but there is no agreement on the date.”