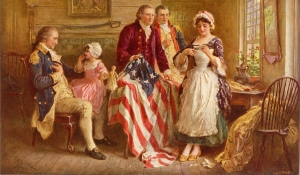 “Let every person be subject to the governing authorities. For there is no authority except from God, and those that exist have been instituted by God. 2 Therefore whoever resists the authorities resists what God has appointed, and those who resist will incur judgment.” (Romans 13:1-2)

“Neither is the rule that Paul puts forth here without limitations. It belongs to a greater context that characterizes the life in faith in Christ. A Christian subordinates himself. This means: he places himself under God’s order. God has, both in creation and in Christ’s new kingdom, firmly set certain good arrangements that the Christian willingly puts himself into. This also includes loyalty to the society in which a man lives, which does not mean a ban on any push for reform. If one lives in a democracy one is co-responsible for society’s manner of being a servant of God. A man takes this responsibility seriously. If one lives without participation perhaps under an atheistic regime, one may do as the Christians in the eastern states: be loyal so far as it concerns the economy, property and other external relationships but decline to participate in that which means that one denies Christ.”
—Bo Giertz in his Commentary on Romans 13:1-7

It’s a subject that for some comes up every 4th of July. How does the American Revolution square with Romans 13? Can a Christian watch fireworks celebrating our rebellion against a God-given authority in good conscience? Do we ever have the right to rebel against those authorities?

The Lutheran answer has always been yes, at least in the abstract. In the concrete we can point to many acts of rebellion against the state, from Luther’s “Here I stand, I can do no other!” to the Magdeburg Confession, that not only rallied troops to sign VDMA on their shoulders and weapons as they battled Imperial troops, but as David M. Whitford shows in his excellent book “Tyranny and Resistance,” actually laid the philosophical foundation for the American Revolution. Sometimes patriotism and love for neighbor compels resistance. That would be the argument of Dietrich Bonhoeffer and other notable Lutherans resisting the Nazis both in and outside Germany. Bo Giertz himself could remember hiding the families of Danish Resistance in his own home during WWII, as he wrote the above later in the 1980s. 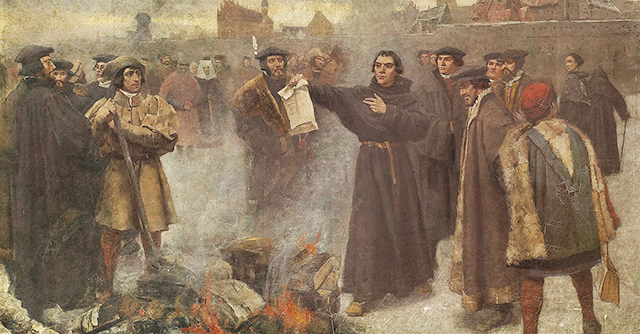 Of course, rebellion and resistance against the state isn’t anything one should take lightly. Those in authority are given that authority from God. However, even Paul recognized that they were sinners like you and me, and could abuse the authority that they had been given. In such cases, God has set up this world that that power is wrested from some and given to others from time to time, lest the abuse grow too great. When the government no longer functions to reward the good and punish the bad, change happens. Usually, it does not happen without bloodshed, nor without sacrifice and hardship. And one can be thankful if the new government that replaces the old isn’t also just as corrupt and abusive.

No, perhaps the founding fathers of the United States weren’t as altruistic as one is led to believe reading old grade school textbooks. They had their sins as surely as you and I have ours. Christ died for their sins, as surely as He died for the sins of King George. And perhaps one wonders about the propriety of rebellion in the face of taxes. Isn’t that what Paul instructs us to do? Pay our taxes?

With all that said, one can still be thankful for the government that God allowed to be put in place in the wake of the revolution. We can do the Christian thing and put the best construction on the warts of our forefathers like the sons of Noah walking backwards to cover their father’s nakedness. We can be proud of their accomplishments and the great country we are privileged to be citizens of. We can watch the fireworks, and celebrate with BBQ and beer because it is the Christian thing to do. It’s how we honor our authorities and love our neighbors. I mean, anything less and we would be guilty of despising those God has put in authority every bit as much as one might accuse those who signed the Declaration of Independence of being. So yes, you can be a Christian and a patriot.