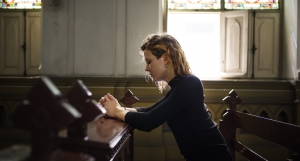 Intently listening for the next few words, she held her breath and leaned a little closer. How could this guy know so much about me? Each word burned into her ears, exposing thoughts she couldn’t say out loud, stinging the back of her eyes. But how did he know? Embarrassed by those booming public words that couldn’t be controlled, her heart began to race. They all know now.

Suddenly aware, she noticed that she was surrounded by so many others. Ears and eyes and minds and hearts all realizing her deep secret. They all heard the same terrifying words released from the mouth of that guy up front. They all took in the scathing description of a woman who was slowly killing herself and preying on those whom she loved. They all now saw the dark part of her that she didn’t even know about until this very moment.

She couldn’t sacrifice her life enough this week. She fell into the same cycle of unbelieving, anger, sadness, fear and blame that she flirted with last week. She tried to read the Bible, but she left God’s Word on the kitchen table, under the bills. She looked for another way to serve her neighbor, but ended up gossiping and tearing apart the other moms at the playground. She prayed for God’s will to happen, but was continually stressed and bitter about the supposed blessings He gave. So she sat here: naked, sorry, overwhelmed, guilty.

Expecting the stares, anticipating the disgust, she quickly scanned the people that sat next to her. Did they know? Could they see? A mother loosely holding a squirming toddler fixed her gaze to the front of the room, as if in a trance. The older gentlemen was frozen forward in his perfectly pressed suit, but his eyes glistened with the hint of a tear. Even the slouching teenager raised his eyebrows, caught up in this silent second of corporate shame.

She can’t fix this problem, the man said. Her heart was black and dead with sin. Even in her greatest moments, she wasn’t holy enough to win God’s love. Her expectations, her fears, her plans, her advice, it wasn’t good. She is trapped in a body of death, he said. The last enemy still lurks, the devil still deceives, her heart still wanders.

“By the stead and command of our Lord Jesus Christ, I forgive you all of your sins.”

Even though she had heard it almost every week, those simple words spoke something new to her, again. To her hidden anger and fake smile, she was blameless. To her wicked actions and her self-centered heart, she was forgiven. To her hurtful friendships and her apathetic path, she was made new. They all just heard what she did. But they just all heard who she is. Restored by Christ Alone.

With renewed relief, she looked around at her brothers and sisters in Christ. Yes! They are forgiven! They are new creations! She is free from death and sin and the devil! Not her work but Christ alone! She is restored, but… now what?

A flutter of fear tickles the back of her mind. She wanted to do better and follow her Lord. She was grateful for the underserved gift of life Christ won on the cross for her. But what if she messed up yet again? What if her faith wasn’t strong enough to live out in the world? What if she failed again at this Christian life? 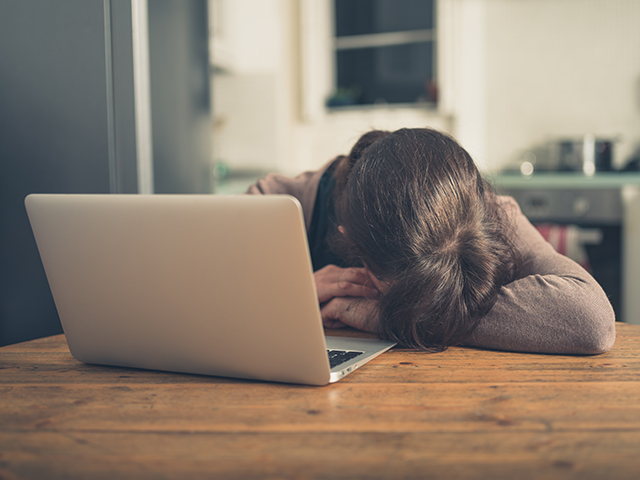 She really wanted to hear some practical advice. Maybe how to pray to God better? Perhaps a lesson on taming her tongue. Something to look at, to check on, to make sure she is progressing on this Christian walk. Because, if she is getting worse, if she can’t control the sins that she struggles with maybe she is not really a Christian after all.

“And for this, even this, I forgive you in the name of Christ.”

She is free, he said, restored and renewed. Life in Christ breaks in from the outside. Her choices and her decisions cannot change who God made her to be. The practical advice for her to love more, sin less, and do better has no impact on her eternal hopes and deadly fears. His words wouldn’t give her that to worry about. Living in Christ Alone.

Yes! That’s right! No worry, no fear. Nothing she can do can separate her from the love of Christ! Her failure is exchanged for His righteousness. The Holy Judge declared her to be sinless by the blood of Christ. The sin of the world is crushed, the sin of her heart has been drowned. She is free, but… now what?

She thought of a world filled with freedom. What if everyone was released from their actions on account of Christ, like her? What if others were ungrateful? What if others were not as sorry? Knowing the unfaithfulness that tempted her own heart, remembering the many times she pleaded for forgiveness, again she longed for a word of direction, for the sake of everyone.

She really wanted to hear some practical rules. Don’t lie, don’t steal, honor you father and mother. You better forgive, or else you’re not forgiven. Try harder and get better, and this is what it means to belong. At least then we could live together like a Christian family. Because freedom, unchecked and unrestrained freedom, can be terrible chaos.

“Take, eat, this is my body given to you for the forgiveness of all of your sins.”

He said no more. He had washed and cleansed her body of sin. He now fed forgiveness to her unclean mouth. She was lost in the action of an active God. And He ruthlessly wouldn’t let her go back to a world of her own works. Captured by Christ Alone.