A Gospel That You Can Touch, Smell, Taste, See and Hear

I just couldn’t. No matter how hard I tried, I just couldn’t. I would go to bed in tears over it, and it even made me believe that God hated me. The insanity of it all made me not believe in God’s love, and it made me sure that I was going to hell. I was depressed, and a nervous wreck and then I just gave up. Then I quit, I gave up, I couldn’t try any longer.

What is it? Christianity – or at least the brand in which I grew up. The constant threat of the rapture, the backsliding, the works righteousness and like Alcoholics Anonymous, if you fall off of the righteousness wagon (WHICH I DID MANY TIMES – EVERY FREAKING DAY), you went back to square one. Yup, I lost my salvation more times than I could ever remember and I started over so many times that if I had a dime for every time that I invited Jesus back into my heart, I would be funded enough to deploy to the mission field.

Looking back, I see that the biggest problem (besides heresy) was that my faith was first about what I did or didn’t do, but it was also intangible and spiritual. And I mean spiritual in a bad way, in a gnostic way.

There was no Jesus FOR ME, He was a Jesus who expected a lot from me, but I couldn’t depend on Him, He was arbitrary, and He seemed to change His mind an awful lot. We read the Bible with the Orange County Register in one hand and the Bible in the other and anytime that anyone farted near Israel, we started looking to the heavens for the rapture was most surely upon us.

After I quit the insanity and reconciled my soul to the flames of perdition because of my sinfulness, the Divine Fox set me up for a meeting with the Gospel… a Gospel that I struggled against because it was too good and too easy to be true.

The Idea that Jesus has done EVERYTHING needful for my salvation and that it comes to me as a real gift with nothing required of me just couldn’t be true. I tried to refute these Lutherans and their free grace gibberish, but in the end, they had something on their side that I didn’t—Scripture.

I think that the biggest game changer was that God provided me a tangible Gospel, a Gospel that I could touch, smell, taste, see and hear—a Gospel that leaves none of my senses in the dark. Even though I am already completely forgiven and redeemed through the atoning sacrifice of Jesus on the cross, God keeps heaping His mercy, forgiveness, and grace on me, day after day, week after week, year after year, more grace, more forgiveness and mercy than I could even dare to believe. 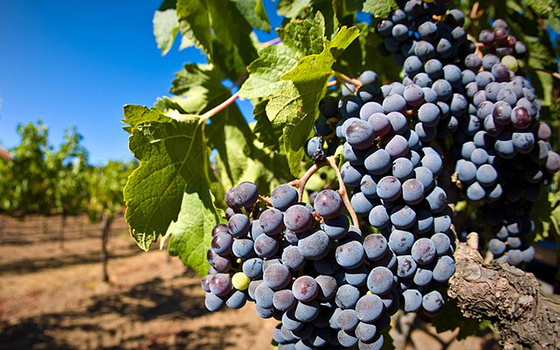 As I said, it is a tangible Gospel. For Christ has looked upon His creation and come to us in a creaturely way, a physical, earthy, touchable, knowable, flesh-and-blood way. First in His incarnation, Christ came in a form that we could understand as one of us, a man and yet God. Before He ascended into Heaven, He joined the word to created things so that we, being created things could know for certain that He is for us and not against us. He instituted Holy Baptism when He descended into the muck and sin of our lives in a filthy Jordan River. There He took a very ordinary washing and joined to it Himself and His promise of eternal life. On the night that Jesus was betrayed, He took some ordinary flatbread and some ordinary wine, and He joined Himself to it and there gave us the promise of even more grace in His Body and Blood, shed for you for the forgiveness of our sins.

He left the Apostles and those who follow them into the office of the ministry with His “exousia” (Matt 28:16-20)—His permission to speak the forgiveness of sins with His authority and promise.

How do I know that I am saved? I can point to Jesus who died and rose—on particular days in human history and witnessed by many—FOR ME. I can point to His Word joined to water—that water and Word which was spoken over and into me in my baptism (Matt 3:13-17, 1 Pet 3:18-22). His Word joined with bread and wine, which He who has spoken all things into being proclaimed to be His body and blood given FOR ME (1 Cor 11:24-26, Matt 26, Mark 14, Luke 22). Christ has left us sinful, fallen men who serve in His Pastoral Office. He has spoken them righteous in spite of their sin. They in turn act as Christ’s Ambassadors, speaking with the full weight of Christ and His Kingdom, for you. When a pastor speaks to you and those real sound waves enter into your ears, you receive the forgiveness that He gives, which is the very Word of God, Christ Himself (John 20:23).

We are physical beings, and whereas God is spiritual, His creation is physical and spiritual. Our senses can understand the physical, but we cannot fathom the spiritual, so God in His mercy has given us a Gospel that is also both spiritual and physical.